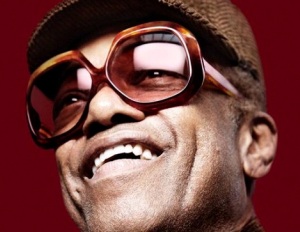 As reported here over the weekend, Rock and Roll Hall of Fame singer, Bobby Womack, has died at the age of 70. After having an up and down, albeit, successful career, Womack has left a legacy of which his family can be proud. In honor of his contribution to music, we have decided to recognize him in our “10 Facts” series.

1. Womack wrote and originally recorded the Rolling Stones’ first UK No. 1 hit, “It’s All Over Now.”

2. At 10 years old in 1954, Womack was involved with his first release, “Buffalo Bill,” recorded under the name Curtis Womack and the Womack Brothers (Womack and his fours brothers, Friendly, Jr., Curtis,Â Harry, and Cecil).

3. His song “If You Think You’re Lonely Now” was covered by Jodeci’s K-Ci Hailey of Jodeci and K-Ci and JoJo fame for the “Jason’s Lyric” soundtrack in 1994. K-Ci also covered Womack’s “A Woman’s Gotta Have It” in 2006.

4. Womack was inducted into the Rock and Roll Hall of Fame in 2009.

5. Sam Cooke discovered Womack and his brothers and signed them to his SAR Records (as The Valentinos).

6. He signed with Minit Records in 1968 and “Fly Me to the Moon” was his first solo album.

9. Womack was the middle child.