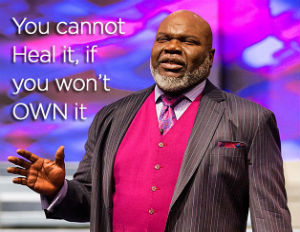 These 10 faith leaders are motivational and social media savvy. Here’s a list of their Instagram accounts, where you can find a multitude of motivational and spiritual quotes and photos to add some positivity and lift your spirit every day:

T.D. Jakes, Apostle and Bishop of the Potter’s House

T.D. Jakes is the Apostle/Bishop of The Potter’s House which also airs on television. At the age of 23 he became a pastor at the Great Emanuel Temple of Faith where his congregation continued to grow from ten to over 1,100 people. In 2009, he led a prayer service for President Obama in Washington, D.C. He has received a multitude of honors and degrees as well as being named one of America’s “Top 10 Religious Leadersâ€ by PBS Religion and Ethics Newsweekly. His official Instagram is inspiring and powerful. The pictures showcase his life, his family, motivational quotes, video clips of him speaking, and upcoming events he will be attending. It is definitely worth a follow, especially if you’re a Christian, because he is an amazing African American pastor to our country and his messages are meaningful and deep.