10 Words You're Using that Make Your Sound Unprofessional 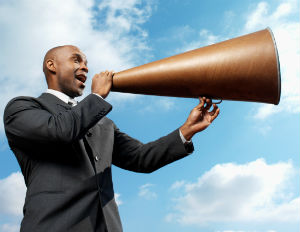 It’s safe to say that on most occasions in a professional setting, our goal is to present ourselves as intelligent beings, like we’re there for good reason or, at the very least, to avoid sounding unprofessional.Â It’s also safe to say that many of us have no clue that some of the words we use frequently are the same words that have many questioning our overall professionalism.

Inc. recently compiled a detailed list of those overused words that must be stripped at once.Â BlackEnterprise.com chimes in here.Â Our goal: to rid these words of your professional vocabulary.

When you put the word “just” in front of anything, you mean to qualify it to downplay its importance. Unfortunately, however, this also downplays the effect that you may be hoping to have on whomever you’re speaking to. Minimizing your problems gives you less credit than you deserve and makes you seem less professional.

Using “actually” in a phrase–especially right at the beginning or tagged on at the end–makes it seem as if you’re correcting someone, when you’re really not. When speaking to your boss, watch out for how many times the word accidentally slips out of your mouth. It may surprise you.

There’s nothing worse than someone who over-apologizes for themselves–well, other than someone who never apologies, that is. If you’re saying sorry an inordinate amount of times a day, you may want to reevaluate what exactly you are apologizing for.

Although this word doesn’t appear to be unprofessional at first glance, it turns out that it truly carries a sense of laziness. We associate the word “can’t” with being unable due to a lack of trying–not because we don’t know how, or some other fault. Next time, instead of diving straight to “can’t,” try to figure out a way that youÂ can.

In whichever context you’re using it, there’s no way “sucks” fits in anywhere at a functioning workplace–especially not in relation to your own sentiments towardÂ anything at the office.

When speaking to someone about his or her proper role in the work you’re doing, be careful with how much you use the pronoun “you.” It can feel overly aggressive, as if you’re trying to push the blame off yourself and onto someone else.

It may seem a bit counterintuitive to do away with both “I” and “You,” but there is a method behind the madness. Overusing “I” can make you seem selfish; as if you only ever look out for your own self-interests rather than those of the team.

Stop guessing and start knowing . If you don’t know, that’s okay too, but guessing leads nowhere promising. Clearly stating “yes” or “I don’t know” shows certainty–an attribute that is much appreciated in professional environments.Â If you really don’t know, there may be someone who does and is willing to help.

To “guessâ€ means there is a possibility to your knowledge, however you aren’t confident enough to stand firmly in it. Your goal as a professional is to exude certainty and confidence, as this breeds trust in self-knowledge and capability.

Using “whatever”Â as a rebuttal to practically anything in the work place can read as rude and dismissive. If at any point you’re feeling “whateverâ€ about something, opt instead to say nothing at all. This can not only save your professionalism, it can also save face. At work, a little discretion can go a long way.

It’sÂ not made for the office. Try to hold off as best as you can, until you head out the door to go home.