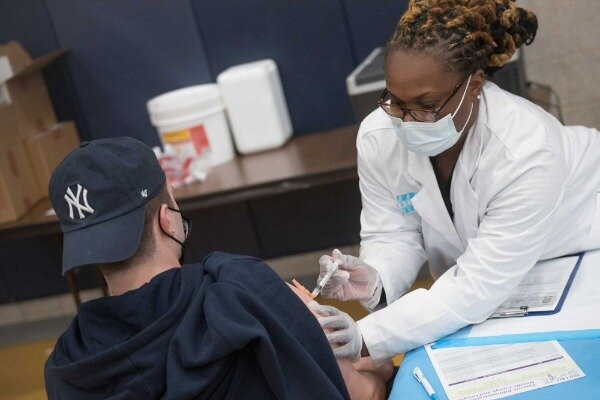 Over 100 staff members at a Texas hospital are suing following the company’s decision to mandate the COVID-19 vaccine or face termination.

On June 7, Houston Methodist Hospital will start firing employees who don’t have the COVID-19 vaccine, Bloomberg reports. They’re the first company in the country to implement such harsh consequences to their team members. About 99% of the hospital’s 27,000 employees already have the vaccine. But for those who don’t, they only have one week to do so or face termination.

In response, 117 staffers came together on Friday to launch a lawsuit against the hospital over claims of violating the Nuremberg Code. The World War II-era code policy was designed to prevent medical experimentation on unwilling human subjects like those enforced on Nazi concentration camp victims.

“It is legal for health care institutions to mandate vaccines, as we have done with the flu vaccine since 2009,” Marc Boom, the hospital’s chief executive officer wrote in a note, via ABC News. “The Covid-19 vaccines have proven through rigorous trials to be very safe and very effective and are not experimental.”

However, Jared Woodfill, a lawyer for the holdouts, spoke against Boom’s note saying that COVID vaccines haven’t been fully approved by federal regulators and aren’t allowed to be mandatory under U.S. Centers for Disease Control’s current rules.

“Methodist Hospital is forcing its employees to be human ‘guinea pigs’ as a condition for continued employment,” Woodfill said in court papers. “This, as a matter of fact, is a gene modification medical experiment on human beings, performed without informed consent. It is a severe and blatant violation of the Nuremberg Code and the public policy of the state of Texas.”

He has since asked a judge to hold the firings and also accuses the mandate of wrongful discharge and violating Texas’s at-will employment laws, NY Daily News reports. Hospitals around the country have their eyes peeled on this case as they face similar circumstances to determine how to roll out the vaccine.