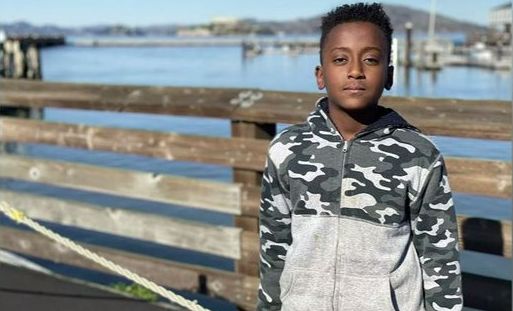 A family is dealing with tragedy after a 12-year-old boy was declared brain dead after reportedly participating in a TikTok challenge that has gone viral.

According to NBC15, Joshua Haileyesus from Colorado has been placed in critical condition after trying the “Blackout Challenge.”  This particular challenge is on the popular social media app, TikTok, and the basis of the challenge is for people to choke themselves until they lose consciousness on video.

HEARTBREAKING: A 12-year-old boy is in critical condition after reportedly trying the “Blackout Challenge” seen on TikTok. https://t.co/zlaaOJKSzr

The boy was found unconscious by his twin brother on March 22 in the family’s bathroom. His family believes he may have been trying to choke himself with a shoelace, possibly as part of the Blackout Challenge to see how long he could hold his breath.

The boy’s doctors have already informed the family to prepare themselves for Joshua’s death. Haileyesus Zeryihun said doctors “told me…he’s not going to make it,. I was begging them on the floor, pleading to see if they can give me some time, not to give up on him. If I just give up on him, I feel like I’m just walking away from my son.”

The family has started a GoFundMe page, “Help 12 Year-Old Joshua Fight For His Life.” The summary from the page is listed below.

“Joshua is a 12-year old boy who is in critical condition after partaking in a viral internet game called the Blackout Challenge which dares participants to choke themselves until they lose consciousness. The game has actually been around for years and is sometimes known as the “Passout Challenge”, “The Game of Choking”, “Speed Dreaming” or “The Fainting Game”, but it’s currently gaining traction on TikTok. On Monday, March 22nd, Joshua was discovered breathless on the bathroom floor by his twin brother who tried to resuscitate him until neighbors and the ambulance arrived. Unbeknownst to his parents, Joshua had been playing this dangerous game completely unaware of the risks involved. He is currently being intubated and the doctors have said that his chance for survival is extremely unlikely”