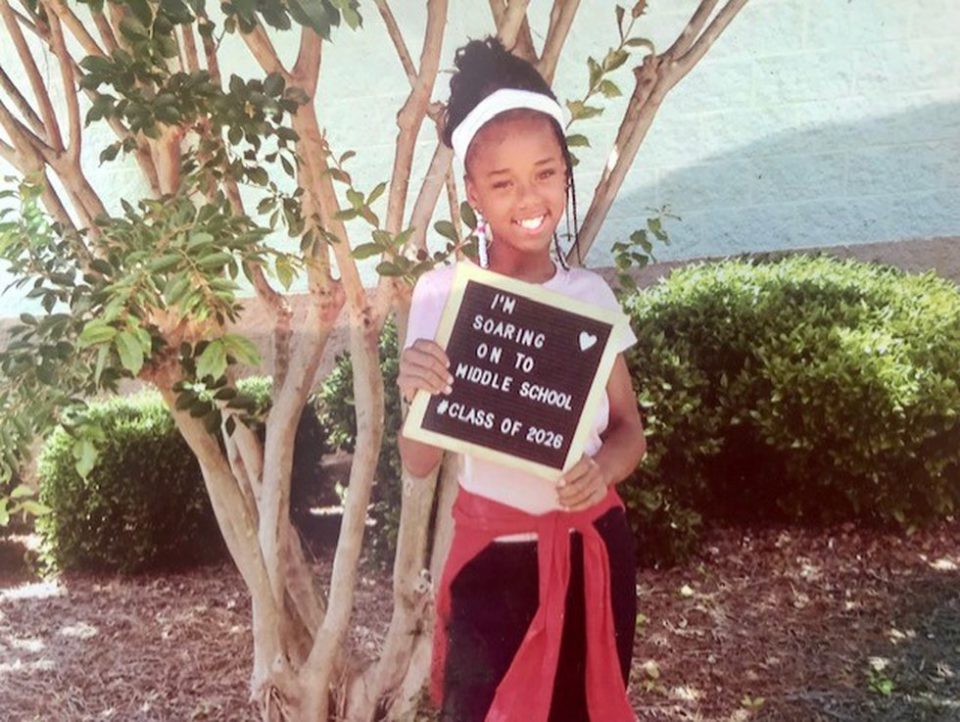 Four men have been arrested following a drive-by shooting that killed a 13-year-old girl who was sitting at a picnic table with her friends.

Loyalti Allah, 13, was killed Saturday evening while sitting outside of her apartment complex in Monroe, North Carolina, WBTV reports. Allah was waiting for a DoorDash delivery when she was killed in the drive-by shooting.

Four suspects ranging in age from 18 – 22 were taken into police custody and given no bond. Javon Demontre Robinson, 20, Darius Roland, 19, Jamari Crowder, 22, and Jamari McClain, 18 were arrested and charged with first-degree murder.

While being taken into police custody, Robinson apologized to Allah’s family for taking the young girl’s life in a senseless act of violence.

“I’m sorry for her loss. It didn’t mean to go down that way,” Robinson said.

A memorial is growing at the site where 13 year old Loyalti Allah was gunned down Saturday night in Monroe. @WBTV_News pic.twitter.com/LzF1NDGLZT

Allah and her friends were waiting outside for their dinner when a black Ford Freestyle SUV pulled up and opened fire, CrimeOnline reports. They were not the intended targets and no other injuries were reported.

“I just want people to stop shooting over here on Icemorlee,” said Yvette Allen, the girl’s mother. “It’s a lot of babies out here, and one of my babies was one that got taken.”

A memorial for the young girl started to form Sunday morning. Her mother is still grieving the loss of her child but is thanking the community for their support.

“My baby was at the wrong place at the wrong time, but she was having fun, and she’s gone,” Allen said. “Can’t never get that back.”

A GoFundMe page has been set up to help the family with funeral costs.