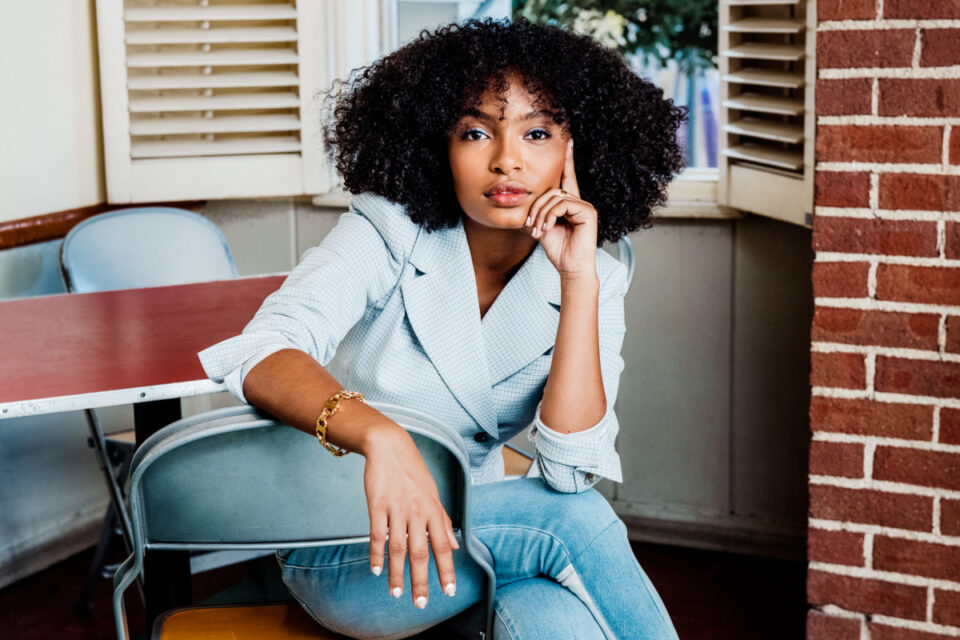 Stunting her most recent feat in “Crimson Pride,” Grown-ish star Yara Shahidi reveals that she is one step closer to graduating from Harvard University with the class of 2022.

On Thursday, Shahidi shared a celebratory video with her Instagram followers announcing that she had completed her thesis. The clip shows the excited undergrad student standing outside in the falling snow while celebrating every college student’s dream.

“Weighing in at 32,508 words, 136 pages is this thesis writer Yara Sayeh Shahidi,” she declared in the video as she flexed her muscles with a laugh. “Let’s go.”

“YOUR FAVORITE THESIS WRITER IS OFFICIALLY DONE WRITING✨💪🏽TRY NOT TO BE INTIMIDATED BY MY STATS 😤 #ThesisComplete #Harvard#classof2022#LESSSGOOO” she captioned the post.

Amassing over one million views, the video received over 7,000 congratulatory messages from fans raving about the astonishing thesis length and her inspiring accomplishment.

“I’ve wanted to be a history professor for longer than I’ve wanted to be an actress,” she said of her Harvard acceptance on Jimmy Kimmel Live! in 2018. “And so I used to have the Harvard webpage up, and I’d go through the course catalog. So, needless to say, this is something I’ve been planning for a long time.”

Before embarking on her college journey, the 22-year-old actress took a gap year to focus on projects and issues that were important to her. Among those efforts, Shahidi premiered in her Black-ish spin-off Grown-ish, which she previously told Essence aimed “to portray college in its most authentic form.”

She even launched a voting initiative called Eighteen x 18, and teamed up with Aerie for #ArieReal for the brand’s body positivity campaign.

Since enrolling at Harvard, Shahidi has proven how much education means to her despite her busy, star-studded schedule.

Back in September 2021, BLACK ENTERPRISE previously reported that Shahidi had to leave the 73rd annual Primetime Emmy Awards early to attend her class. She even requested to present the Outstanding Supporting Actor in a Comedy Series award at a more convenient time for her so that she could make it in time for her flight.