15-Year-Old Student, Kemon Payne, Stabbed To Death After Melee On Third Day of School In D.C. 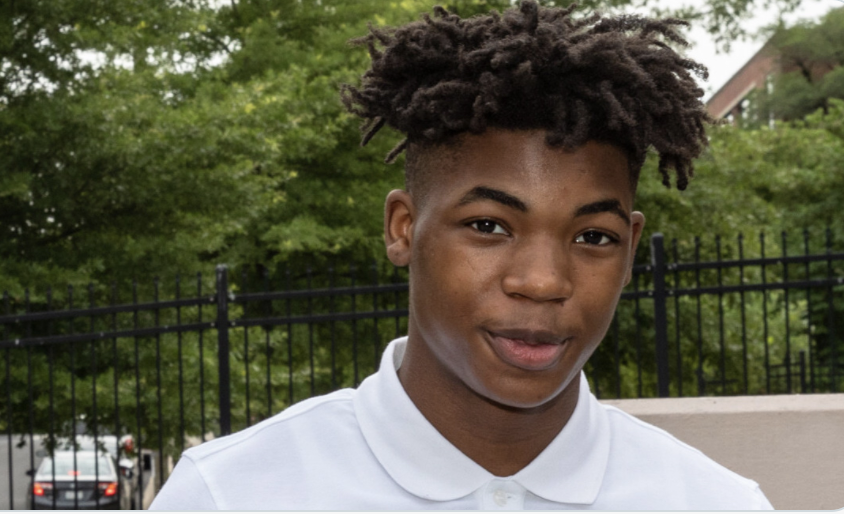 The lives of two D.C. teens changed forever on the third day of the new school year. A 15-year-old boy was stabbed to death after a physical altercation with a 16-year-old student.

The Washington Post (WaPo) reported that Kemon Payne was stabbed twice in the chest by the 16-year-old, who remained anonymous because he’s a minor, on Wednesday at KIPP DC College Preparatory during a melee that began as Payne’s father waited to pick him up. The freshman had been a student at the school since preschool. He succumbed to his injuries at a local hospital.

According to the Washington Post, the altercation started after Payne’s schoolmate bumped into the suspect. The 16-year-old reportedly revealed the detail during a preliminary hearing after Payne died.

D.C. Detective Konrad Olszak, who was at the hearing, said, “The kid that bumped him said, ‘Watch out, bro.’”

According to WaPo, the suspect’s lawyer also disclosed that the boy had been bullied and attacked by Payne and his friends several times in the past two years.

The young man admitted to Olszak that he brought a knife to KIPP daily– hiding it until school was dismissed. On the day of the fight, the boy retrieved the blade from its hiding spot and brandished the weapon as he went to defend his friend who was fighting Payne’s pal. The victim jumped in, saying, “I wish you would. You know what’s going to happen.”

The two threw blows, and the suspect claimed he dropped his head and swung the knife striking Payne.

The publication reported that the older teen maintained he just wanted the boy “off of him.”

Eyewitnesses painted another picture to police, saying that the suspect fled while proclaiming, “I told you I was going to get you.”

KIPP was closed on Thursday, according to WaPo.The school released a statement via Twitter expressing their condolences.

“We are heartbroken by the loss of Kemon Payne. Kemon was a beloved and charismatic 9th grader. He loved sports, his family and could command the attention of any room. We are grieving for his family, friends, teachers, and our KIPP DC College Prep community. “

We are heartbroken by the loss of Kemon Payne. Kemon was a beloved and charismatic 9th grader. He loved sports, his family, and could command the attention of any room. We are grieving for his family, friends, teachers, and our KIPP DC College Prep community.

Fox 5’s Lindsay Watt’s posted an endearing video of Payne’s mother dropping him off at school on the morning of the day he was killed.

His mom could be heard saying, “I love you, have a great day, alright?”

Watching this is gut wrenching. The DC mom whose 15 y/o son, Kemon Payne, was stabbed and killed at school yesterday took a video as she dropped him off that morning, sharing it on her Insta story.

“I love you, have a great day, alright?” pic.twitter.com/iSTsMMFD3u

As a community struggles to make sense of the tragedy, a family is now making funeral arrangements for a baby’s life taken too soon.

The suspect is being tried in a juvenile court.