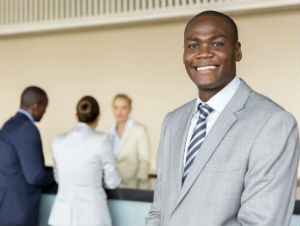 As the national conversation about the value of black lives and the role of police intensifies, celebrities and community leaders alike are calling on the black community to deposit money into black-owned banking institutions to combat brutality and transform communities.

“I encourage none of us to engage in acts of violence that cause more peril to our community and others that look like us,” according to Killer Mike, a well-known American hip-hop recording artist. “I encourage us to take our warfare to financial institutions,” he concluded.

Research indicates that entrepreneurs of color are treated far worse than whites when seeking loans for small businesses, even when all other variables–credit history, credentials, company type–are the same.

“If you are white and set out to get financing for an entrepreneurial venture, it might be a tough journey,â€ said Glenn Christensen, a marketing professor at BYU. “But, generally speaking, you would experience fewer obstacles and find more help along the way than if you came from an African American or Hispanic background,â€ he concluded.

Local Washington, D.C., activists recently launched #DivestToInvest to join a growing chorus of concerned stakeholders who actively support African American-owned banks and businesses. “At this critical time, we believe that we must band together and leverage our resources to support African American banks that are more inclined to lend to small businesses in our communities,” according to Waikinya Clanton, spokesperson for the group.

The local and national efforts have led to a surge of deposits at Industrial Bank, the oldest and largest African American-owned commercial bank in the metropolitan Washington, D.C. region. In July alone, more than 1,500 new accounts with deposit balances of approximately $2.7 million were opened. This is more than the number of accounts that are usually opened in a six-month period.

“This will have a HUGE impact in our community! Thanks for choosing Industrial & for inspiring others to do the same,â€ according to a tweet from the banking institution.