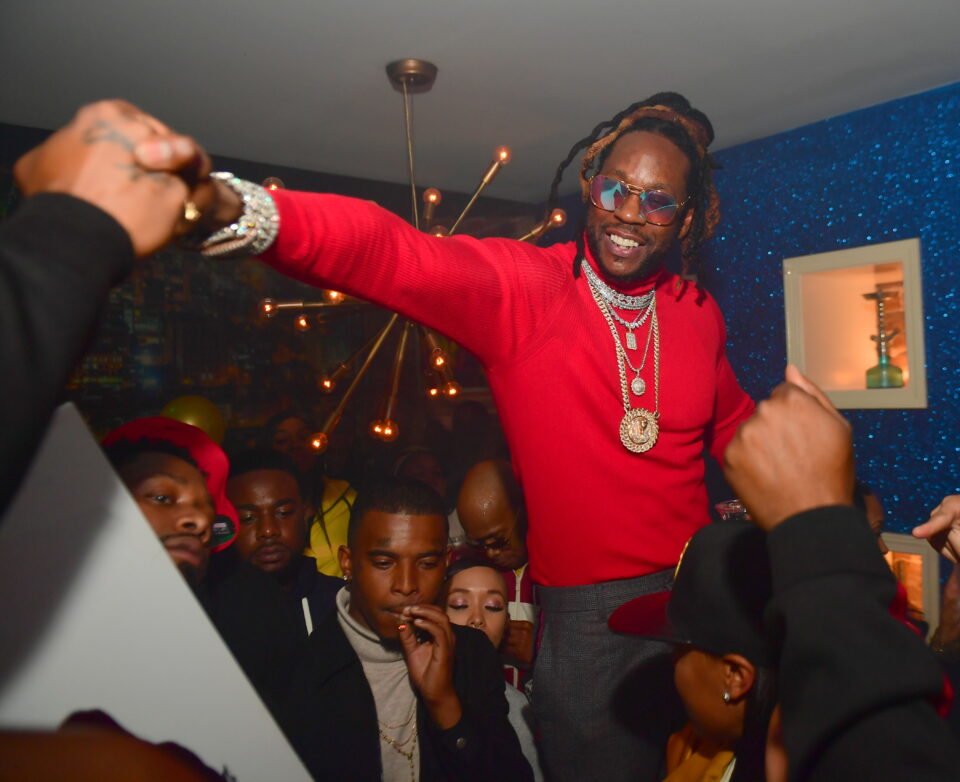 The rapper and his business partner, Mychel “Snoop” Dillard, opened the first Escobar Restaurant & Tapas in 2016 in Georgia. According to TMZ, Escobar’s family sued the business owners In 2020 for $10 million, stating that the restaurant violated federal law through the unauthorized commercial use of the Escobar name and likeness.

Franchise Times reported that 2 Chainz and Dillard finally settled the lawsuit against them for $15,000. They are now expanding by using the Esco name instead of Escobar. Dillard tells the media outlet that they are now franchising Esco. The first franchisee, Jessica Shinholster, is slated to open a location in Columbus, Ohio.

Dillard also revealed that they are most likely opening franchises in Dallas and Memphis, Tennessee.

2 Chainz praised his business partner for being the reason he could easily transition into the hospitality space.

“She’s one of the people that really made my transition into this hospitality space easier because originally, my introduction to the space was real estate. I own properties and dirt and stuff like that,” he stated. “So that merged with her passion and mine and made me very comfortable in this space going on six years now.”

Late last year, workers at one of their Escobar restaurants in Atlanta accused the rapper and Dillard of hiring a manager who is a known sex offender and maintaining an environment that was harmful to the employees. Also, the business was accused of issuing bounced checks.

In December, an employee at Escobar Restaurant & Tapas posted the accusations and misdeeds to her Instagram account last year.

On Dec. 20, Shalyse (playgirllysiee) posted on Instagram that the general manager, Lawrence Robertson, shot at her as she left the restaurant.