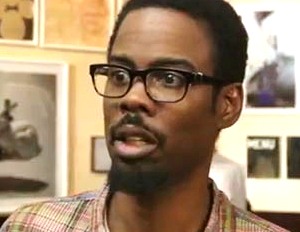 The 11th annual Tribeca Film Festival is underway in New York City and runs through April 29. The festival was started in 2002 after the September 11th attacks. The trio of the festival’s organizers, including Jane Rosenthal, Robert De Niro and Craig Hatkoff, sought to bring the luster and shine back to the Tribeca neighborhood; and it worked.

This year’s festival will show over 100 films from all around the world covering a range of topics and genres. We’ve highlighted six must-see black films from this year’s Tribeca Film Festival that you don’t want to miss.

If you want to laugh out loud at an eccentric French family and see a straight-edge Chris Rock awkwardly react to the antics of said family, then look no further than this comedic tale.Â 2 Days In New York is writer/director Julie Delpy’s follow-up to her 2007 filmÂ 2 Days In Paris. The film premiered at this year’s Sundance Film Festival, to great reviews. Marion (Delpy) finds herself in New York with a new man, Mingus, played by Chris Rock. The two share an apartment with their children from previous marriages. Mingus is a radio personality/journalist who is nervous about meeting Marion’s family for the first time. His nerves quickly change to distress when the family can’t stop laughing at his name and he gets kicked out of a massage parlor with Marion’s frisky father.

Lucky for us, Rock reverts to his usual brashness when he locks himself in a study to vent to a life-sized cardboard of Obama!–Written for thegrio.com by Selena Rochester