2% of Google Employees Are Black 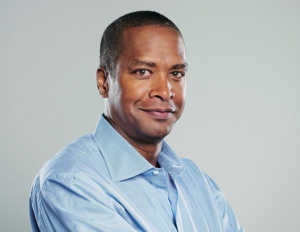 David C. Drummond is the Senior Vice President of Corporate Development, as well as the Chief Legal Officer at Google. He is the only black chief executive at the company. (Image credit: Google)

In a short blog post opening with admitting its reluctance to “publish numbers about the diversity of our workforce at Google,” Laszlo Bock, senior vice president of People Operations writes about Google’s diversity, and the challenges associated with addressing issues in hiring.

The primary issue? Education, according to Bock. Apparently, there aren’t enough women or people of color earning degrees pertinent to Google’s hiring process.

“For example, women earn roughly 18% of all computer science degrees in the United States,” Bock says. “Blacks and Hispanics make up under 10% of U.S. college grads and collect fewer than 5% of degrees in CS majors, respectively.”

Google’s reluctance is a major sign that the company has an issue, but it’s incredibly telling of the larger diversity issue plaguing Silicon Valley. At Twitter, there are no black people on its executive team, and only one woman. The same rings true for Facebook.

Bock says Google’s initiatives to attract a more diverse workforce to the company are helping. “For example, this year Google engineer Charles Pratt was in-residence at Howard University, where he revamped the school’s Intro to CS curriculum,” he says. Google has multiple diversity programs, including the Black Googler Network, and Women@Google, that make efforts to recruit and retain black talent, as well as offer professional development.