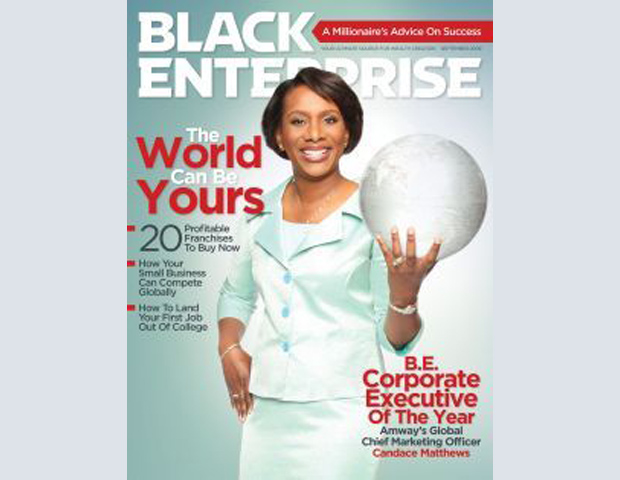 Popeyes Louisiana Kitchen, Inc. has appointed seasoned marketing and general management executive Candace Matthews to its board of directors.

Coming to the board with more than 30 years of experience in the consumer packaged goods, cosmetics and beverage industries, Matthews, who was named BE Corporate Executive of the Year in 2009, currently serves as regional president, Americas for Amway Corporation. Prior to joining Amway as chief marketing officer in 2007, Matthews served in a variety of leadership roles at various companies, including General Mills, The Proctor & Gamble Company, Bausch & Lomb, The Coca-Cola Company and L’OrÃ©al.

“Candace is a proven leader with a track-record of delivering results for strong brands — across a range of industries. As Popeyes continues to invest in and expand our brand around the world, we will be served well to have Candace’s skills and insights in the room,” said John Cranor, Popeyes Louisiana Kitchen, Inc. chairman of the board. “We welcome Candace to our board of directors and look forward to her contributions.”

With diversity still being a top issue in corporate America, Matthews is one of very few black women to sit in a board of directors seat. Since 2013, Black Enterprise has released its annual Registry of Corporate Directors list, which calls out companies on the S&P 250 list who do not have at least one African American sitting on their board. According to our research, 30% of S&P 250 companies still do not have an African American on their board, and when it comes to black women that number is even more saddening.

According to a report from the Government Accountability Office (GAO), women made up just 16% of board seats among companies in the S&P 1500 index in 2014. If moving forward, women and men join boards in equal numbers each year, which is twice the current rate, women would only get to 30% board seats in 10 years and won’t see equality until 2065.

“The current rate of [all] women achieving equality in the boardroom is completely unacceptable. On the question of diversity, would any corporation be willing to settle for change at this pace as it relates to organizational profitability and revenue growth?Â  The answer is no,” the Executive Leadership Council’s President & CEO Ron Parker tells BlackEnterprise.com.

Serving as the preeminent membership organization for developing global black leaders and creating a pipeline for the next generation, ELC works on a daily basis to ensure that executives like Matthews will no longer be one of few blacks sitting at a boardroom table.

“Board diversity is a business issue and organizations must look to step up their efforts to ensure the voices of women and all minority groups are heard.Â  Those who do, will accelerate business growth and add to their long term shareholder value,” says Parker.