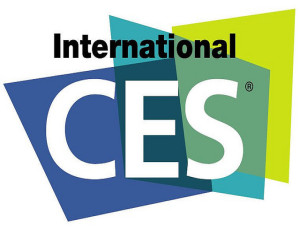 The first day of the 2012 International Consumer Electronics Show in Las Vegas, NV, culminated yesterday, but researchers, exhibitors and technology companies–small and large– have just begun giving thousands of attendees a taste of what’s to come this year in tech.

Owned and produced by the Consumer Electronics Association, the trade show kicked off with informative presentations on the state of the consumer tech industry, trends to watch out for in the coming year and the global impact of technology. Global tech device spending is set to hit $1 trillion in 2012, according to CES presenters Steve Koenig, director of industry analysis at CEA, and Steve Bambridge, global business director at GfK Boutique Research. In fact, 2011 set the stage for that growth with emerging economies in places such as Latin America, Central and Eastern Europe and Africa purchasing high tech devices at a remarkable rate.

“The growth rates are really changing the nature of the conversation,â€ said Koenig.

Emerging economies are expected to account for 46% of global tech sales revenue in 2012. That’s up from 37% in 2008. Meanwhile developed economies will see their contribution slide to 54% from 63% over the same period.

Next up was CES Unveiled where attendees got their gadget fix as soon as they stepped foot into the packed ballroom at The Venetian hotel. While there was no shortage of new technology, one eye-catching item was the Parrot ‘AR.Drone 2.0,’ a high-tech quadricopter that can be controlled using your smartphone orÂ tablet’s WiFi. The new piloting mode, high-definition camera, video recording and flight data sharing opportunities take gaming to a whole new level. Stay tuned: We’ll be providing you with reviews on our top picks from the show.

BlackEnterprise.com is pounding the pavement at CES, venturing into the first full press day, so check back to see what new announcements were made and tech items unveiled during the course of the show.