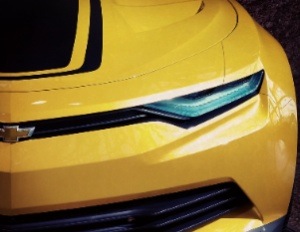 The 2014 New York International Auto Show has officially ended, with dozens of automakers and hundreds of cars and motorcycles having put on display the future of the automobile industry and the technology behind it.

Incredible concept vehicles were present, showing the potential future of the automotive industry. Toyota showed off its FV2, a one-seater that connects with the driver emotionally and makes suggestions based on the user’s feelings.

They also showed off the FCV, a fuel cell vehicle that Toyota actually plans to launch around 2015 to spur hydrogen vehicle development.

Of course, the cadre of supercars were there, including Bugatti’s Veyron and its 16 cylinder engine, capable of hitting 253 miles per hour. Aftermarket dealers showed off custom rims on Ferraris and Lamborghinis,

Scattered throughout the show floor were cars like the Lotus Evora that can go from 0 to 60 in 4.8 seconds, and the Porsche 918 Spyder, which has both a V8 engine and dual electric motors, making it as powerful as it is efficient.

The luxury cars are what stole the show, with Rolls-Royce showing off its Ghost Series II, featuring satellite aided transmission, which uses GPS to predict your destination and select when to shift gears. If it sounds like magic, you’d be almost right.

Cadillac showed off its ELR, which went into production late last year. It’s the company’s take on the electric hybrid, and uses a similar hybrid system as Chevrolet’s Volt.