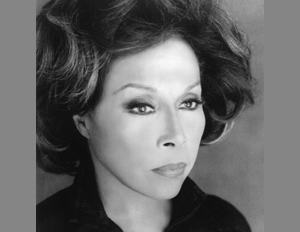 As the first recipient of this award, ABFF Awards* will shine a light on Carroll’s distinguished career, which spans over 60 years. As an Oscar nominee, Tony Award winner, Golden Globe winner, a four-time Emmy nominee, a Grammy nominee, and best-selling author, she has successfully maneuvered the worlds of film, television, music, and the stage.

Best known for her groundbreaking lead role as a nurse and single mom in the critically acclaimed television series Julia,Â Diahann Carrroll earned her first Emmy nomination. Her extensive television career includes the game-changing role as Dominique Devereaux on the internationally popular television series Dynasty, as well as recurring roles on USA’s hit series White Collar, ABC’s Grey’s Anatomy, and A Different World. In addition, Ms. Carroll received an Oscar nomination for Best Actress and a Golden Globe award for her starring role opposite James Earl Jones in the filmÂ Claudine. Other notable films include Carmen Jones, Paris Blues, Porgy and Bess, Hurry Sundown, I Know Why the Caged Bird Sings,Â and Eve’s Bayou.

On the stage, Carroll made her Broadway debut starring in the Harold Arlen/Truman Capote musicalÂ House of Flowers. After seeing her in that production, Richard Rodgers created his own starring vehicle for her, the Broadway musicalÂ No Strings,Â for which she won a Tony Award.

“Diahann Carroll is one of the most talented and distinguished artists in American history. We are looking forward to paying tribute to her rich trailblazing legacy,â€ said Jeff Friday, president & CEO of Film Life, Inc. and ABFF Ventures.

Hosted by actor and comedian Mike Epps, the ABFF Honors awards gala celebrates black culture by honoring individuals, movies, and television shows that have had a significant impact on American entertainment, as well as those who champion diversity and inclusion in Hollywood. The gala will feature a presentation of nine awards, including Film of the Year, Television Show of the Year,Â Excellence in the Arts, Hot In Hollywood, and the Hollywood Legacy Award.