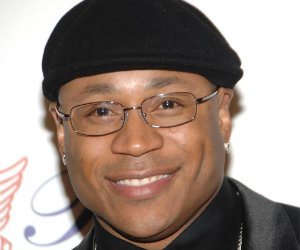 LL Cool J will be returning to the 2016 Grammy Awards ceremony as host. The hip-hop icon is a two-time Grammy Award winner himself and this hosting gig will count as his fifth consecutive appearance.

“We are delighted to welcome back the very talented LL Cool J as our host for the 58th Grammys,” said Recording Academy President/CEO Neil Portnow. “His unique expertise, both as a Grammy-winning recording artist and accomplished actor, allows him to connect with both his musical peers and the fans at home, and his dynamic personality and charismatic energy set the perfect tone for our show.”

The music star who has found success in film and TV as well, was elated about being asked back to host next year’s event. He was first host in 2012 with the 54th Grammy Awards, and back then he was the show’s first host in seven years.

“The performances and moments that take place on the Grammy stage are awesome in so many ways for the audience and artists alike,” LL Cool J told reporters. “I’m honored once again to host Music’s Biggest Night as we celebrate the talented music creators of today. It’s going to be an incredible night and I’m excited to share this experience with the world.”

The actor also hosts Lip Sync Battle on Spike TV and stars on NCIS: Los Angeles on CBS. Top Grammy moments of his in the past have been beatboxing with Taylor Swift, saying a special prayer for Whitney Houston and a live performance with Travis Barker andÂ Public Enemy’s Chuck D.

Announcement of this year’s nominees came with excitement and a bit of Twitter scandal, as pop star Omarion took to the platform to express his dismay about his Billboard-charting radio hit “Post to Be” not getting a nod.

The Grammys, which will feature popular musicians including 15-time Grammy Award winner Alicia Keys, will air Feb. 15 at 8:00 p.m. EST. Check out a full list of nominees here.