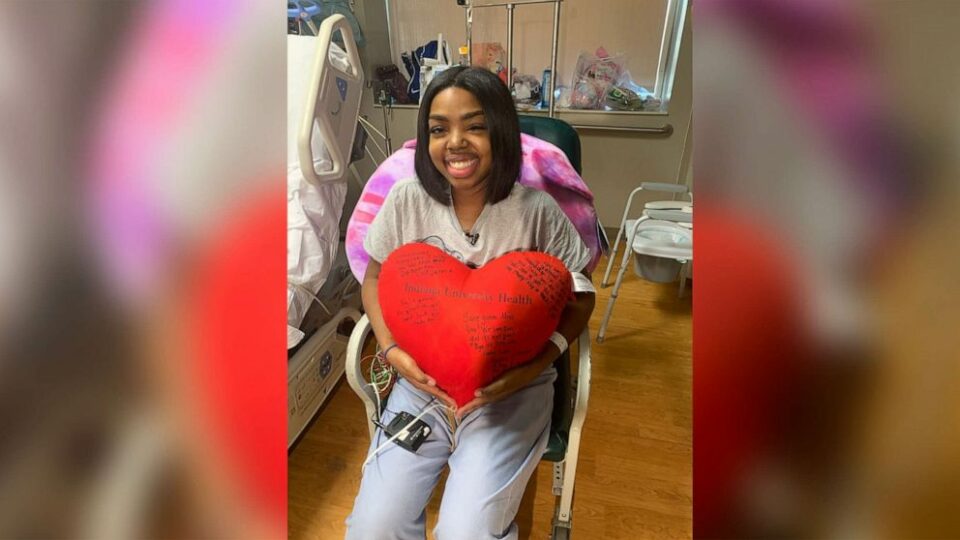 After suffering a heart attack at age 14, the now 24-year-old is sharing her story to raise awareness about organ donation and heart disease risks among women, Good Morning America reports.

“I would say to anybody, don’t take your health lightly,” Kinchelow told the outlet. “Although I was 14, I knew something was not right. It’s important to pay attention to anything that feels different.”

The Avon, Indiana, native recalls feeling a tightness in her chest one day during her middle school track practice. She collapsed during the unexpected episode. After arriving at the hospital, she was diagnosed with a heart attack and had to undergo open-heart surgery to save her life.

Permanent damage ensued after falling into a coma for eight days and spending nearly a month in the hospital. Still, she was sent home, where she maintained an active lifestyle, attended high school, and obtained her bachelor’s degree with dreams of becoming a nurse.

Earlier this year, Kinchelow learned she needed a heart transplant shortly after experiencing shortness of breath. Although she was skeptical about the organ donation process, Kinchelow and her family decided it was the best decision for her health. While awaiting that fateful call, the young woman was anxious, thinking she would be among the hundreds of thousands still on the waiting list. The resilient aspiring nurse only had to wait less than 21 days.

On March 27, Kinchelow received the call, and a 12-hour surgery took place the next day, as per GMA. She received the life-saving gift days before her birthday.

“I wasn’t really like big on donating. It wasn’t a priority of mine,” Kinchelow told FOX 59, “but when you’ve actually gone through it, or you know somebody that’s gone through it, you learn really quickly how important it is.”

According to the news outlet, Kinchelow has been in recovery for over two weeks and was recently transferred to IU Methodist, adjusting to her new heart. She is grateful to her donor as she embarks on her new journey with a better-functioning heart. She received a heartwarming letter from the heart donor’s family, who “jumped through hoops to make sure they got a letter” to her.

Now, as she looks forward to her new life, Kinchelow has advice for others.

“Whether that be an advocate for people being donors, I just know that there’s something bigger that I need to accomplish,” she said. “With this whole transplant thing, it’s going to take me pretty far… Farther than what I was thinking that I would before.”