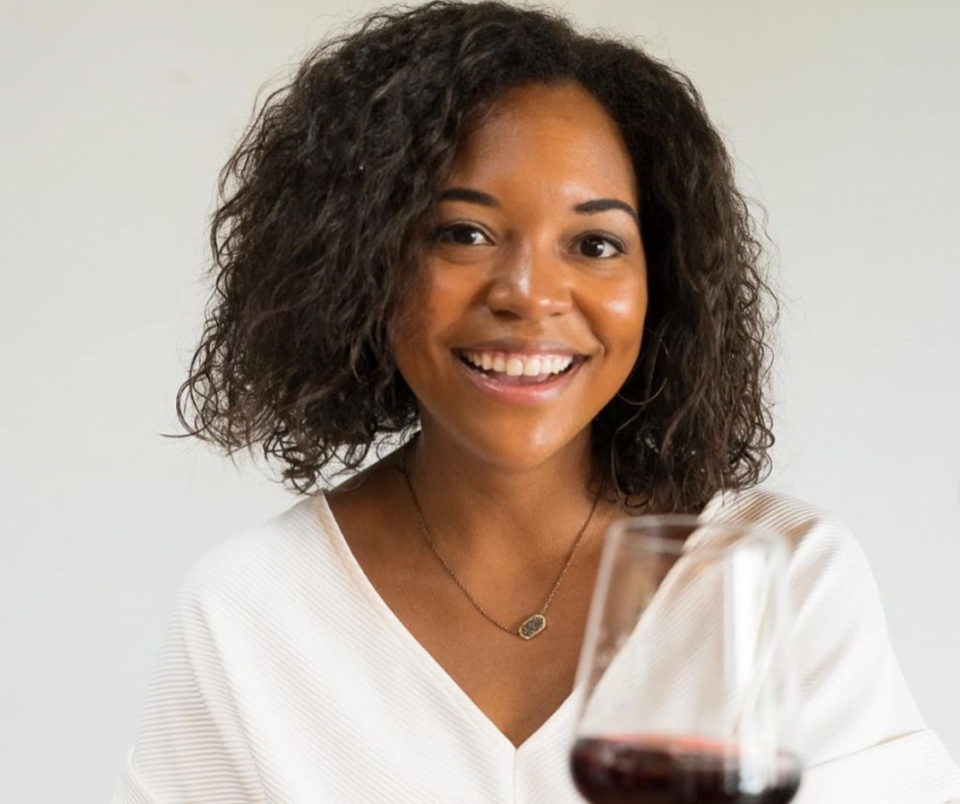 Austin-based wine connoisseur Lindsay Perry was recently selected as a new employee of Murphy-Goode Winery. The 28-year-old will move to California this fall to pursue her dream job. As a contest winner, she will receive a salary of $10,000 per month and live went free for a year while indulging in some of the best wines.

Perry participated in the company’s “A Really Goode Job” viral competition. According to Inside Edition, Perry beat out over 7,200 other applicants who submitted videos for the Sonoma-based Murphy Goode Winery wine competition.

On August 4, the winery announced that Perry was one of two wine-industry newcomers chosen for the opportunity. Yesterday, Perry shared a flashback Friday memory on her Instagram page. She shared with her growing followers her 2015 college graduate cap. Perry’s cap included a quote that read: “I may have wined a lot but I did it.” The cap was also adorned with wine glasses and bottles, representing her love for the fermented beverage.

“I’ve always loved wine,” Perry wrote on Instagram. “However, it never occurred to me that I should pursue wine education and eventually a career in it until just last year. Then, this opportunity popped up and I knew I just HAD to go for it. ⁠
⁠
She adds, “If only 2015 me could see me now!”

Landing Her Dream Job as a Wine Employee

In order to stand out among applicants from all over the world, Perry had to take her marketing creativity to the next level. She leveraged her wine education and background to showcase her knowledge. Then, she sprinkled some Elle Woods’ wittiness from the 2001 movie, “Legally Blonde.”

“If you told me a few years ago that Elle Woods would be the reason I’m moving to California for my dream job, I definitely wouldn’t believe you,” Perry wrote on Instagram.

Murphy Goode received many nontraditional videos — including a man jumping out of a plane, the company told Inside Edition. But Perry had the magic touch that allowed her to win over the decision-makers.

“I think that when people watched my video they felt a bit of nostalgia and were also impressed by my creative take on it,” she said.

Perry does more than drink wine. She gains the education needed to be a top wine professional in her industry.

Perry has worked at a bar in Texas. She has also completed Wine Spirit and Education Trust (WSET) Levels 1 and 2).

Meanwhile, Perry said she completed WSET Levels 1 and 2 (Wine Spirit and Education Trust) and also has been working at a local wine bar in Austin.

“I have a good amount of wine knowledge, however, nothing beats learning right there in the vineyard and the winery so I’m excited for that part,” she said.

Perry will start her new journey at Murphy-Goode Winery on September 1st. She will have a chance to learn about wine from a master winemaker and navigate the world of marketing and finance.

“It still doesn’t feel real!” Perry told Inside Edition. “I’m so excited to get out to Sonoma and start this new journey already,” she said.