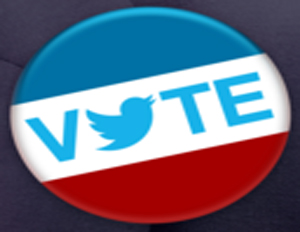 Whether you are a political junkie or not, the 2012 presidential race has all the makings of a made-for-media event with race and social class at the center of the campaign. Barack Obama and Mitt Romney are competing for your attention and media outlets and social media platforms are making this the most social presidential campaign in history.

With unlimited access to information and delivery platforms, how does an individual cut through the information without being inundated?Â  Platforms and media sources are all competing for control of the minds of the voting public.Â  Which screen grabs your attention: TV, laptop or mobile device? With the 2012 presidential election fast approaching, here are three political tools that will keep you in the know about the polls, up-to-the-minute election news and false advertising in political ads.

Aggregating blogs, exclusive videos and poll details, among other information, Politico is a great app to download and follow the campaign trail. It’s a one-stop shop for in-depth congressional and presidential content.

With Super PAC you now have an app that can detect deceptive messaging in political campaign ads.Â  Political ads are havens for spreading the lies of special interest and donors, but you can get the real deal with this app. Similar to Shazam, you can hold up your smartphone while any television ad is playing and, with the tagging mechanism, the app will identify if the ad is factual. It will also let you know specifics like how much money is behind the ad.

Let us know what you think about these apps.Â  Share your favorite political apps in the comment section.