3 Productive and Purposeful Things to do During a Gap Year 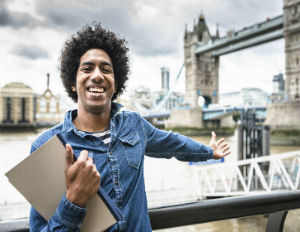 Recently, when Malia Obama, President Barack and Michelle Obama’s oldest daughter, announced she was taking a gap year, there was a lot of debate over the benefits of taking a year off before starting college. While many people think a gap year can take away students desire for higher education, a year off before college may not be such a bad idea.

In fact, according to the American Gap Association, 88% of students who have taken gap years report that the gap year significantly added to their employability. And, consideringÂ only 11% of employers strongly agree that college graduates “have the necessary skills and competencies to succeed in the workplace,” taking a break from a traditional education environment to explore alternatives could make a student more marketable in the real world. Below, we’ve identified threeÂ productive and purposeful ways to spend a gap year.

Volunteer for an organization – Whether it’s helping people who are less fortunate, getting involved in a presidential campaign, or raising awareness about social injustice within the community, volunteering for an organization can help young people gain transferable skills such as teamwork, leadership, and communication–skills and values that are attractive to any employer.

Enroll in a language study abroad program – Most experts will agree, global exposure is not “just nice to have, it’s a must-have.” Beyond learning a second language, experiencing life in another country can give students an opportunity to build independence and gain insight into different cultures.