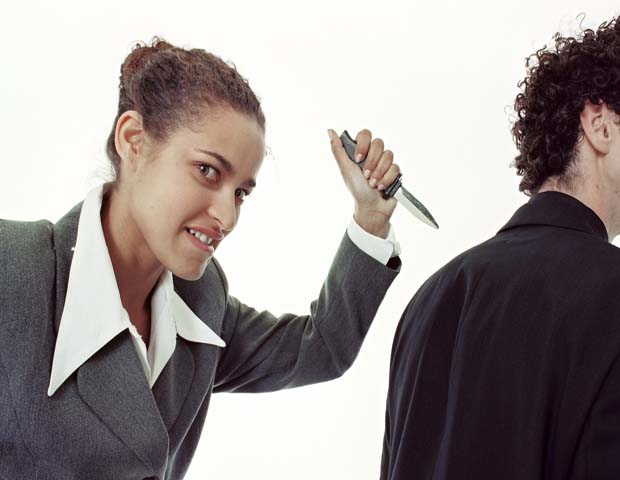 “Jealousy isn’t about competition or even the accomplishments of someone else. At its core, it’s about the jealous person’s feelings of inadequacy and possibly, the jealous person’s belief in scarcity,â€ says Demetria Lucas, dating and career coach and author of A Belle in Brooklyn: The Go-to Girl for Advice on Living Your Best Single Life.â€ The mastermind behind the award-winning blog A Belle in Brooklyn, Lucas believes many people buy into the “just oneâ€ mantra, where there’s only room for one person in a position of power. It may be easy to get caught up in watching someone else’s success, not realizing how doing so distracts from your own personal growth. Below are three reasons letting the green-eyed monster win can be damaging to your career:

You lose focus of your own career goals: Getting wrapped up in the career accomplishments of someone else will not only use up unnecessary energy, but it will also throw you off track from focusing on what it is you need to do to improve your professional success. “If you spent more time focused on strategies to improve your own performance and— let’s keep it real— less time complaining to anyone who will listen [to the] ‘it should have been me’ [complaints], you would get a lot further,â€ Lucas says.

You miss out on having someone as a career resource: Exhausting energy to worry about someone else’s success and why you feel they aren’t worthy of the position will blind you from having that peer as a resource. Lucas suggests rather than hating from the sidelines, figure out how they got to where they are. “It’s more effective to be proactive than to be jealous,” she adds. “The person you envy has figured out a way to get something you want. Don’t hate. Approach and ask how they did it so you can, too.â€

You stir up negative reciprocity: The energy that you give out in any professional setting is so important because at the end of the day no one wants to be around a Negative Nelly. Lucas says jealousy can be the lighter to fuel existing insecurities, adding, “For the jealous person, witnessing someone else’s success is just a trigger to stir up their preexisting negative feelings.â€