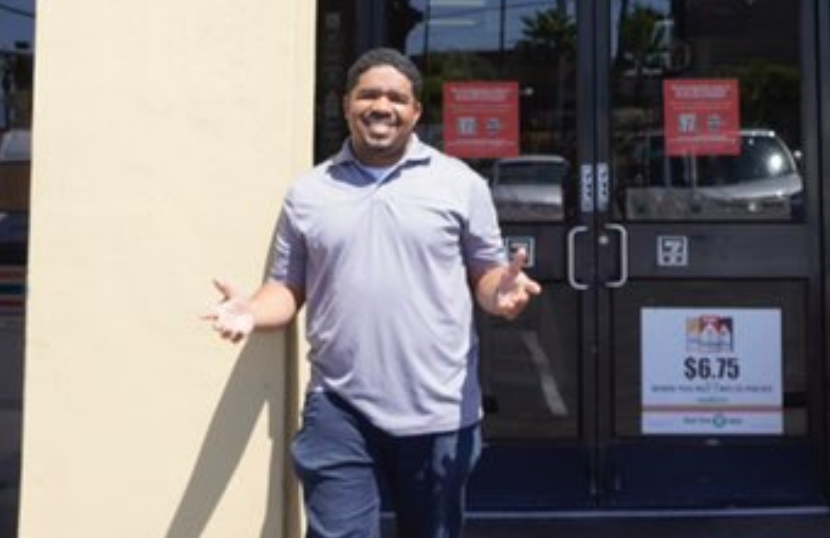 Entrepreneur Johnathan Lacy may have set a new record with his recent 7-Eleven franchise. According to a trade organization, Lacy may be the first Black person to own a 7-Eleven in Las Vegas.  The store is located at 3421 East Tropicana Ave and is open 24 hours.

“I sacrificed it all,” Lacy wrote on Twitter. “Put all the bread in one basket. No investors. No outside money. Now I am the first black owner of a 711 franchise in the state of Nevada! Blessings!”

I sacrificed it all. Put all the bread in one basket. No investors. No outside money. Now I am the first black owner of a 711 franchise in the state on NEVADA! Blessings! pic.twitter.com/KApeJzFor9

Lacy always had dreams of becoming an entrepreneur. He grew up in South Central Los Angeles and later moved to Las Vegas to be with his retired father. During this time, his entrepreneurial desires became even stronger. But there was only one thing standing in his way: capital.

Lacy studied finance at Cal Poly Pomona. Unfortunately, his degree didn’t prepare him for the obstacles associated with financing a new business venture. Obtaining capital as a young black man without million-dollar assets proved to be difficult.

Over the years, Lacy was inspired to test out different business ideas. He applied for business loans but received several bank rejection letters. Lacy was forced to find another way to make his dreams of entrepreneurship come true.

That’s when Lacy decided to take matters into his own hands. He worked diligently and pursued various job opportunities. Lacy increased his income and was able to save more, providing him the capital needed to invest in his business. After a year of putting his plan into action, he was able to open his 7-Eleven store. Although the journey was filled with ups and downs, Lacy kept going because he wants to inspire the next generation.

“I think sometimes our younger generation is not exposed to enough different things,” Lacy told the Las Vegas Sun. “I would tell people to expose themselves to lots of different things. Get a job to see if you like it — I think we’re all trying to figure that out. Don’t stop until someone tells you no and, even then, just keep pushing and pushing. That’s what I did.”

Now that Lacy has his first 7-Eleven franchise up and running, he’s ready to expand his vision. By the time he’s 40, Lacy wants to own four 7-Eleven franchises. He hopes to more than double his ownership before his 50th birthday.

“I was terrified before I got the keys to this place,” Lacy shared with Las Vegas Sun. “But I’ve gotten so much support, and there’s so much good energy, it gives me more energy. There’s pressure, yes, but I love it. It feels good right now.”

Lacy aims to pave the way for more aspiring business owners in his community. He wants to show people alternative ways to make your dreams come true even if you don’t have investors by your side.

“I hope it leads to more businesses being opened by African-Americans as well as women, minorities, and everybody. Hopefully, we can all have a hand in establishing ourselves,” Johnathan Fox 5 Vegas.