5 Facts About the School-to-Prison Pipeline 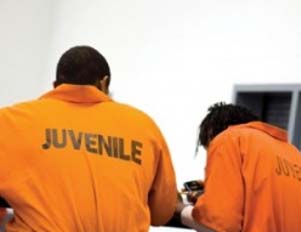 Did you know 40% of students expelled each year from schools are black? Â With the alarming number of children being directed out of public schools and into the juvenile and criminal justice systems, the Obama administration has developed several initiatives, such as Rethink Discipline, to address the school-to-prison pipeline. Although the reasons behind the statistics are debatable, most community leaders, educators and parents will agree that the time is now to take action on saving our youth from entering the prison system.

[RELATED:How Do We Cut the School to Prison Pipeline? Rethink Discipline]

In New York City alone, a report released by the New York Civil Liberties Union shows, “The racial disparities evident in the suspension data are amplified in arrests. More than 60% of all school arrests in New York involve black youth, who comprise less than a third of enrolled students. “An arrested student is twice as likely to drop out of school — and dropouts are eight times more likely to land in jail.” According to PBS.org, here are some additional nationwide facts and statistics about the school-to-prison pipeline: