The 5 Things You Need to Know About Equal Pay Day 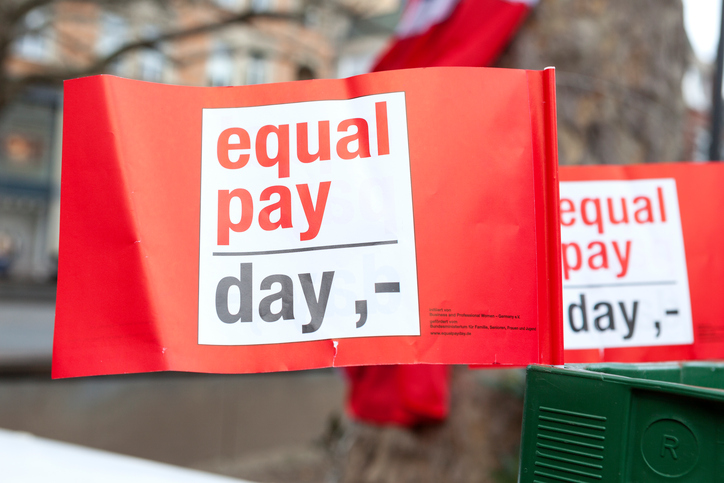 It’s that time of year–again–where we are faced with the sobering reminder that the pay gap between men and women still exists. Equal Pay Day was created in 1996 by the National Committee on Pay Equity to bring attention to the ongoing gender pay gap. The date is symbolic and is meant to represent how far into the year women must work to earn what men earned the previous year. Although the exact day differs each year by country, the fact remains that women earn less, on average, than men and they must work longer for the same amount of pay.

Even in today’s society, you can’t negotiate your way out of pay discrimination. Women often do not negotiate their salary during hiring and promotions, and sometimes the ‘caretaker/motherhood penalty’ women experience post-birth impacts their pay. Whether through lack of negotiation or unfounded penalties, women’s pay continues to lag behind similarly educated and experienced men with or without children and so the pay gap widens.

As you join forces with women to advocate for equal pay here are five things you need to know to be prepared:

1. The pay gap really adds up

Despite the Equal Pay Act, the wage gap persists. Women are typically paid just 80 cents on average for every dollar paid to men – and that number has barely budged in a decade. Although enforcement of the Equal Pay Act and other civil rights laws has helped to narrow the wage gap, significant disparities exist. Research has shown that there are more than $530,000 dollars lost over the lifetime of a woman’s career because of the gender wage gap. The average college-educated woman loses even more–nearly $800,000. This means women bring home $3.27 less per hour than men (IWPR 2016).

According to the American Association of University Women AAUW, if current trends continue at the rate of change between 1960 and 2015, women are expected to reach pay equity with men by 2059! But even that slow progress has stalled in recent years. If change continues at this slower rate, the slowest seen since 2001, it’s estimated that women will not reach pay equity until 2152–that’s almost another 100-year wait!

3. Not even education or high-skilled jobs prevent pay gaps

You might think becoming a doctor in a specialty, with years of extensive training and experience would inoculate a woman against the pay gap. Apparently not, according to the Economic Policy Institute.

“Women are paid less than similarly educated men at every level of education. And the wage gap tends to rise with education level. This, again, in part likely reflects labor market policies that foster more-equal outcomes for workers in the lower tier of the wage distribution. Additionally, men constitute greater shares of certain types of jobs, or occupations, and women greater shares in others. Some say that these differences in how men and women are distributed across occupations explain much of the gender wage gap.”

4. The wage gap is even greater for most women of color

Be an influencer in the change of policies that address the factors that lead to lower pay for women. Transparency around pay eliminates inequities. Here’s what you can do: