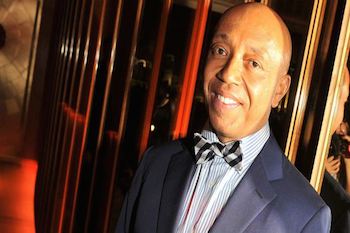 On the eve of President Barack Obama talking about immigration policy June 30, Russell Simmons took to the Web to deliver his thoughts on the matter.

During the Rose Garden speech, Obama took a strong swipe at the GOP, saying, “They’ve proven again and again that they’re unwilling to stand up to the Tea Party in order to do what’s best for the country, and the worst part about it is a bunch of them know better.” Obama kept the attention focused on the “humanitarian crisis” which can only be relieved by fixing America’s immigration system.

Simmons, 56, has been a part of the website collective known as Welcome.us. Led by Tolu Olubunmi and featuring the work of Michael Skolnik, the site aims to spread a light on the issue of immigration while excluding no one from its scope. By highlighting the number of children placed in foster care because their parents have been deported, Welcome.us is educating the masses about the estimated number of undocumented immigrants in the U.S.

Speaking from the “Home of Immigrant Heritage Month,” the All Def Digital co-founder wrote a post via his Huffington Post blog to bring light to the situation. We were able to read through his musings and spotlight five things we learned from his conversation. Enjoy!