5 Tips To Re-focus And Re-brand Your Business 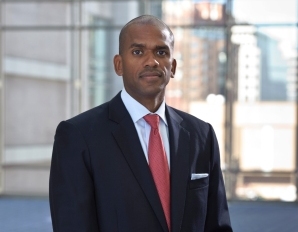 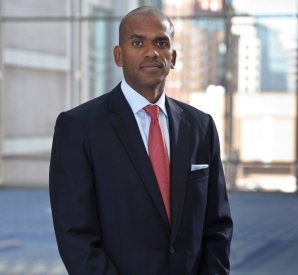 As president and CEO of Events DC, the organization that oversees entertainment, conventions, sports and cultural events for the District of Columbia, Gregory A. O’Dell is charged with the task of increasing revenues to the nation’s capital by making DC attractive for tourism, sporting events, conferences and conventions. Since joining the organization in 2008, he and his team were an integral part of the construction of the Walter E. Washington Convention Center and have helped attract significant conferences, including the AUSA Annual Meeting & Exposition and Alpha Kappa Alpha Sorority‘s 100th anniversary.

Prior to completion of the center, Washington DC had been losing hundreds of millions in convention dollars to competing cities. Events DC, an agency formed by the 2009 merger of two predecessors, was also re-defined and re-branded by O’Dell and his team. BE spoke with O’Dell to get his advice on how best to re-focus and re-define an organization or brand. Here’s the advice he offers:

Identify who you are. “We went through an extensive re-branding exercise. That I think for us, not only was it a fresh look and feel and name of our organization that matched our broadened services, but it also really challenged us to kind of identify who we are,â€ says O’Dell. He suggests asking, “What is our mission and what are we trying to accomplish?

Define your goals. For O’Dell and his team it was determining whether their audience came to the capital for sports, entertainment, conventions or meetings. “You need to know what that target audience is and although it sounds simple or clichÃ©, we really did have to spend a lot of time on focusing on that so I think you know the re-branding was clearly one strategic task we took.â€

Look to expand your portfolio. For Events DC, which owns and operates Robert F. Kennedy Memorial Stadium and the surrounding Festival Grounds, and the non-military functions of the DC Armory, this was done via a strategic acquisition — Carnegie Library. “It’s a beautiful, historic library and we strategically wanted to move kind of our services beyond just our own venues,â€ he says. “So we really did focus on broadening our services beyond just traditional host venues.â€

Forge strategic partnerships. “We know that our goal is to drive visitors to the city so that they can spend more dollars in the city and it’s not always limited to those who come rent from our facilities,â€ says O’Dell. “We actually have strategic partnerships with organizations that put on large events or attract events, like the National Cherry Blossom Festival. That in itself drives about $100 million dollars in economic impact for the city.â€

Create demand. “I would call it the Living Social model. What’s interesting about them is they have people bidding on packages or getting discounts to go to Topeka, Kansas and stay in a hotel, but they are creating demand so people perceive a discount are going to somewhere they’d never would have gone,â€ says O’Dell. “So for us, we don’t want to sit back and just wait for customers to come to our venues, we actually now are trying to create an event. And the greatest example of that would be the AT&T Nation’s Football Classic, which had almost three and a half million dollars in economic impact for the city in its first year.â€

Join us for the 2012Â Black Enterprise Entrepreneurs Conference + Expo hosted by Nationwide, May 23-26, at the Hilton Chicago Hotel in Chicago, IL. Follow the hashtagÂ #BEEC2012 on Twitter for the latest updates on conference speakers and sessions. Expect innovative sessions, high-powered speakers, and an early peek at the products, trends, and services you’ll need to stay ahead of the curve. To register and find out more, visitwww.blackenterprise.com/ec/