5 Ways to Prep for Retirement 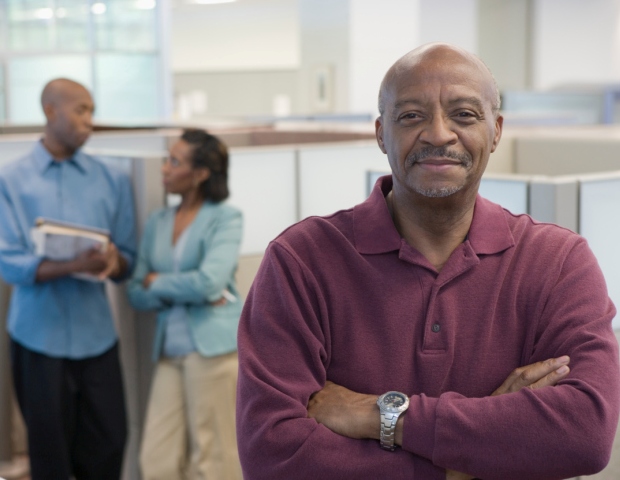 We know retirement is inevitable, but it can feel far away so we drag our feet in preparing.Â Rodney Brooks of USA Today says that if you’re looking to retire in the next five years, there are a few things to start doing now. “There is plenty to think about financially, but it’s also a good time to start your mental preparations – a step many retirees forget to take,” he says.

Before getting toÂ his expert-advisedÂ five step to-do list, Brooks shares an excerpt from Joan Scott’s book, Skinning the Cat: A Baby Boomer’s Guide to the New Retiree Lifestyles: “‘A friend of ours admitted he was afraid to retire because he didn’t know if his ego could take transitioning from being a fancy lawyer to just a plain citizen… He took his time adjusting and worked on feeling good about himself – himself as a person, not a job.'” He emphasizes that getting ready for retirement financially and emotionally are equally important. Brooks borrows insight from various experts and compiles the following to-do list. Review them and start preparing now.

1. If you don’t have a financial plan, get one done. If you have a financial plan, update it.
Sean Lee of SPL Financial in Salt Lake City says that your financial plan should cover five areas: investments, income, tax, health care and estate. He says it’s very important to write out a plan, especially as you get closer to retirement. If you have not yet written out a plan and retirement is in the next five years, you should meet with an expert and do so. Herb White, Life Certain Wealth Solutions in Denver, says that a written plan at the beginning of the year will provide some guidance for the months to follow and will avoid making investment or financial decisions “based off emotion of the stock market rises or falls.”

2. Review your credit report.
Joe Jennings, wealth director at PNC Wealth Management, recommends reviewing your credit report multiple times a year. It’s especially advised, considering some of the security breaches, to check for identity theft and fraud. “‘The way that potentially ties into retirees is the prospect of increasing elder financial abuse,'” according to Jennings as reported by Brooks.

3. Start saving for an emergency fund.
Saving for emergencies is “‘the biggest thing that I tell people as they approach retirement, and generally that’s about five years away. So by the time you retire you will have saved two years of expenses in cash (in your retirement plan),'” says financial adviser Chris Carosa, author of the upcoming book, Hey! What’s My Number? The Number Every Retirement Saver Wants and Needs to Know. That’s the money you will be taking out once you retire. You don’t want to be at the hands of market’s fluctuation. Two years, according to Carosa as reported by Brooks, “is time for the markets to recover from any sort of bad thing.”

Dan McElwee, executive vice president of Ventura Wealth Management in Princeton, N.J, offers similar advice. He says that having money in an investment count does not mean that it is readily available. He says that you should have saved about three months’ worth of income liquid in a money account so that you can access it in the event of an emergency.

4. Max out your contributions to your retirement accounts.
Herb White says “Consider maximizing your employer plan’s 401(k) prior to Dec. 31.” $17,500, $5,500 additional if you are over 50, is the maximum you can put in this year. If you can’t do this, contribute the amount equal to the employer matches. “‘This not only helps you have more for retirement, but it also reduces your taxable income this year,'” says Don Chamberlin of the Chamberlin Group Tax and Wealth Advisors.

“Even if you are nearing retirement, you still want to maximize your contributions,” says Carosa. There could be options in terms of savings and different retirement savings plans if you are a small business owner. Update yourself with this kind of importation every year before you retire. Matthew Sadowsky, director of retirement and annuities for TD Ameritrade, says this applies to 401(k), IRA, 403(b) and 529 plans. Take advantage of all tax-deferral vehicles as if you don’t need the assets in the near term. “‘Based on the terms of your plan, you may be able to increase the amount you can contribute out of your final few paychecks,'” says Jennings.

5. Rebalance your portfolio.
Sadowsky recommends rebalancing your portfolio at least once a year. The end of the year is a good time to “‘clean up your portfolio and rebalance back to your level of risk. Sell some of the winners, and reallocate some of that cash. You want to rebalance so that you can get the most return for the amount of risk you want to take. If your portfolio is not rebalanced, you can be taking on more risk than you should.'”

Carisa says that certain rules may no longer apply as you get closer to retirement. Try investing “‘so that you will maximize your retirement and take out more risks.'”