5 Ways to Be Best Leader Under Pressure 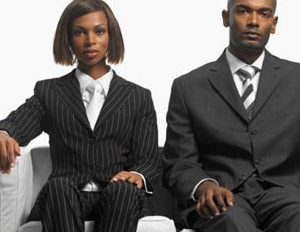 Strong leadership is great when you have to play the role as “fixer,â€ keeping cool in not so pleasant situations, adjusting your white cap, and embracing your inner Olivia Pope. As leader of a company, your actions in the way you handle a crisis could impact more than just your job alone — it’s a domino effect. It will influence a company’s brand, media relations, and overall public image.

This year marks the 30-year anniversary of the crash of Air Florida Flight 90 over the Potomac River. The death toll was 78, which made it the second-worst weather-related disaster in Washington, D.C. According to the National Transportation Safety Board, the accident also resulted from a human error. How did this company respond to the public andÂ navigate through this national tragedy? Robin Cohn & Co., a crisis management firm, was the answer.

“The best thing you can hope for is objective coverage and maintaining the public’s confidence (during a crisis). We received very sympathetic coverage under the circumstances because we had built up such popularity before the crisis. We maintained good media relations, while doing everything we could to help the families and those affected,â€ says Robin Cohn, founder of Robin Cohn & Co.

BlackEnterprise.com spoke with Cohn, author ofÂ The PR Crisis Bible: How to Take Charge When All Hell Breaks Loose,Â to discuss five steps leaders should take in handling crisis.

Know when to establish a plan: If you wait for a crisis to create a plan, you’ve waited too long. You must develop a team that is capable of establishing a plan for multiple crisis scenarios, before they actually happen. Cohn says, “There are so many things that go into a crisis response. It will be too late if you have not made a plan prior a crisis. For example, who is going to be in charge? What are your policies involving insurance, if something should happen? Who will be the company’s spokesperson? â€ Although it can be great idea for a company’s CEO to be visible and ready to answer to the public during a crisis, it may backfire if that CEO is out of touch and lacks basic media training that could negatively impact the company’s brand. You need to have an effective leader whoÂ  is able to handle the pressure of a crisis in public, while representing the company.

Avoid common errors leaders make: According to Cohn, there are three common errors that leaders make. The first is the inability to plan for multiple scenarios. The second, “They go in with a ‘It will never happen here’ mentality. That’s why most companies and organizations get into trouble, because they don’t think it will ever happen to them. The other thing is that a company’s first reaction would be, ‘Don’t say anything.’ The key to effective crisis management is communicating,â€ Cohn says.

Have lightning speed: Say something, and be timely about it. “The faster you get the bad news out, the shorter the attention will be from the initial problem,â€ Cohn says. Ignoring issues when they arrive is the absolute worst way to go about it. Cohn warns, “If you do the right thing, people will remember it, but not as long.â€ The thing you want to do in a crisis is avoid making people more angry than they already are. “Anger makes them act out. When you’re angry, you’re going to say something.â€

Know that a crisis is broad: Business leaders must understand that a crisis can be anything that could hurt their company. To plan for a crisis, you must be open to a host of possibilities. Cohn says,Â  “It can be from accidents, financial problems, sexual harassment suits — it’s whatever that will hurt a company, not only externally in terms of reputation — but internally, like how you respond to employees to let them understand what is going on.â€

Maintain good relationships: “The best crisis management is maintaining and building relationships before anything happens, because that would be the basis of how the public and the media responds to you.Â  Do they have trust? Do they know you’re going to communicate? The public, do they have trust in you?â€ Cohn says. Maintaining good media relations can work to a company’s advantage, by delivering a company’s message on a large platform in midst of a crisis.