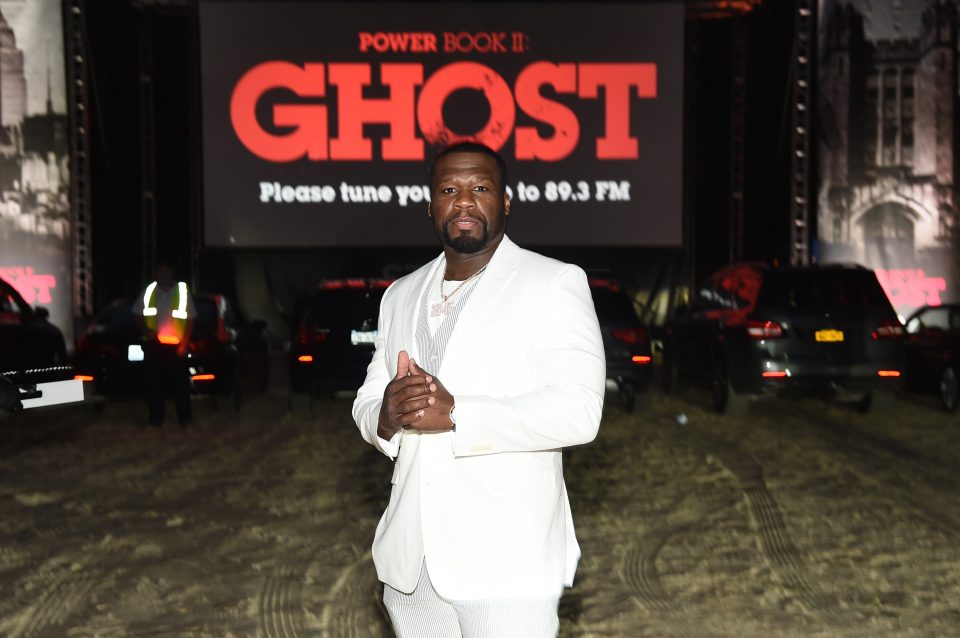 The stars were aligned over the holiday weekend as 50 Cent celebrated the series premiere of Power Book II: Ghost with a drive-in screening in the Hamptons.

As COVID-19 health concerns continue to loom, social distancing orders were in place: drivers had to pull up in their cars in front of a large screen for the exclusive airing of the first episode. Guests were served car-side with items like lobster rolls, mini pizzas, homemade sea salt popcorn, s’mores in a jar, rose champagne frozé, and bottled margaritas.

Among the notable guests were legendary supermodel Christie Brinkley, actor John Leguizamo, CNN anchor Don Lemon, and the author of Sex and the City, Candace Bushnell.

Power Book II: Ghost picks up shortly after the earth-shattering events of Power as Tariq St. Patrick grapples with a new world order. His father is dead. His mother, Tasha, faces charges for the murder her son committed. And he has to face the academic rigors of the Ivy League university St. Patrick must attend to earn his inheritance.

Truly on his own for the first time in his life, St. Patrick is forced to split his time between school and hustling to pay for Davis MacLean, the fame-hungry defense lawyer who is his mother’s only hope of getting out of jail. With no better options, St. Patrick turns to the familiar drug game, entangling himself with a cutthroat family, headed by Monet Stewart Tejada, that’s been at it far longer than him. As St. Patrick tries to balance his drug operation with his chaotic life, he figures that the only way to avoid his father’s fate is to become him—only better.

Power Book II: Ghost is executive produced by series creator and showrunner Courtney A. Kemp through her company, End of Episode, and Jackson through his G-Unit Film and Television. Also serving as executive producers are Mark Canton through his Atmosphere Entertainment MM, End of Episode’s Chris Selak and Danielle De Jesus, Shana Stein, and Bart Wenrich. Lionsgate TV produces the series for Starz