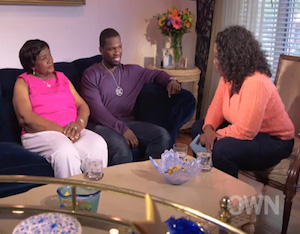 For fans of 50 Cent, also known as Curtis Jackson, they know just how close he was to his grandmother Beluah Jackson.

After his mother decided to go deeper into the dark side of life in the drug trade, Beluah helped raise young Curtis and tried to keep him away from that life. At eight-years-old, Fif’s mom died and it was then that he was raised solely by his grandmother and her husband in South Jamaica, Queens, New York.

In addition to that, Fif was reared alongside several of his cousins. In a 2012 interview with Oprah Winfrey, the duo appeared together where 50 admitted that she was the person that he loved most in the world. The tragedy hits Hip-Hop hard as Chicago lyricist, Common, also lost someone close to him – his father Lonnie Lynn, Sr.

50 Cent has yet to comment on the passing of his grandmother. Black Enterprise and those who respect 50 Cent’s legacy all offer condolences to him, his family and friend of the late Beluah Jackson.