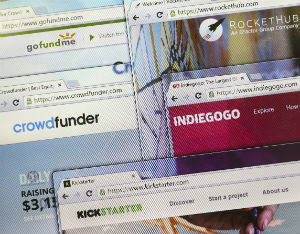 Reward-based crowdfunding has taken off in the last couple of years. A number of campaigns have reached million dollar goals. Pebble Time–a smartwatch that managesÂ calls and emails, plus tracks one’sÂ steps and sleep patterns–raised more than $20 millionÂ on Kickstarter with nearly 80,000 backers. Named after Martin Luther King Jr., the King Chapel on the campus of Morehouse College raised more thanÂ $5 million from 282 backers on Indiegogo to help restore the building.

It requires a lot to take a project from inception to acquisition in the span of months. The Young Entrepreneur Council (YEC), an invite-only organization comprised of the world’s most promising young entrepreneurs, in partnership with Citi, has launched BusinessCollective, a free virtual mentorship program that helps millions of entrepreneurs start and grow businesses. Recently, members were asked, “What is your best advice for entrepreneurs looking to crowdfund?”

Here’s what they suggest:

“AÂ key factor in crowdfunding algorithms is a metric called percent-to-goal. Most crowdfunding sites want you to have 40%-50% or more of your funds raised within the first 24-48 hours. Keep in mind [that] crowdfunding sites don’t get paid unless you hit your goal, so they want to feature campaigns that are funding quickly. You’re likely to get more views by havingÂ bigger percent-to-funded ratio.”

2. Don’t Worry About Being “Annoying”

“People can’t back your project if they don’t know about it.Â PostÂ so often onÂ social media, that you feel like you’re being annoying. (Remember, most people won’t see most of your posts.)Â And go beyond social media. During the campaign, mention it to anyoneÂ you meet. Go through your address book. If you haven’t sent emails to everyone you know dating back to high school, you haven’t done enough.”

3. Put Effort Into Each Reward

“You are asking your backers to take a risk on you. Think about awarding your donors and what is in for them. Create a set of truly compelling rewards that tie into your story. What is unique that you could offer?”

“Don’t overpromise. Single in on one very clear message or concept, with a clear understanding of what the money will be used for, and why it’s needed. Additionally, understand the legal differences between donation and equity crowdfunding. It’s now possible for you to sell equity to the general public, but you need to be aware of the legal restrictions that come with that.”

“Crowdfunding is a commonly accepted part of our current landscape. People are often willing to give even if it’s just a little. Set an easily attainable goal and give out fun prizes at various levels: stickers, exclusive merchandise or content, or even a special meet and greet for top donors. People like the idea of doing something good, so make sure to clearly define how their donation helps you.”

6. Spend Time on the Design

“It’s worth putting the extra time, effort, and money in making sure your campaign tells an aesthetically visual story. Backers need to be convinced that you and your project is worth the contribution, so make sure design is part of your overall campaign messaging and strategy.”