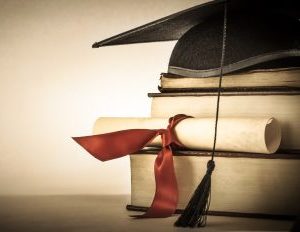 A record seven African American students have been included in the 32 Americans awarded Rhodes Scholarships this year.

Named for Cecil Rhodes, an inveterate racist who considered the Africans of his adopted homeland to be “in a state of barbarism,â€ and for which the former African country of Rhodesia was named, the scholarship was established in 1902. JustÂ five years later, Alain Locke, an African American student at Harvard, was awarded a Rhodes Scholarship; but after Locke, it would be more than 50 years before another black person would win a Rhodes Scholarship.

As the Journal of Blacks in Higher Education puts it, “It is generally believed that at the time of the award the Rhodes committee did not know that Locke was black until after he had been chosen.â€Â When Locke went to England, he was denied admission to several Oxford colleges, and Rhodes Scholars from the American South refused to participate in events with him. He was eventually admitted to Hertford College.

Locke went on to become a professor and a prominent part of the Harlem Renaissance. And, here’s a side note: My own cousin was awarded a Rhodes Scholarship in 1977!

The Rhodes Trust doesn’t identify the race of its scholars, so the seven students named below are identified as black on the basis of their appearance. It is possible that other black students are also Rhodes Scholars. Here’s more about these Rhodes Scholars from JBHE:

Cameron D. ClarkeÂ is a senior at Howard University in Washington, D.C. He is the fourth Howard student to win a Rhodes Scholarship. Clarke is majoring in community health education and biology.

Aryn A. FrazierÂ is a senior at the University of Virginia, where she is double majoring in politics and African American and African studies.

Christian E. NattielÂ  is a senior at the United States Military Academy at West Point, New York, where he is double majoring in mathematical sciences and philosophy.

Olivia A. KlevornÂ is a senior at Yale University in New Haven, Connecticut, where she majors in anthropology.

Aaron C. RobertsonÂ of Redford, Michigan, is a senior at Princeton University in New Jersey. He is majoring in Italian and focuses his research on Afro-Italian literature.

Cailyn L. MooreÂ attends Texas Christian University in Fort Worth, Texas, where he is majoring in economics.

To read more, go to JBHE.