7 Ways to Avoid a Culture Clash When Conducting Global Business 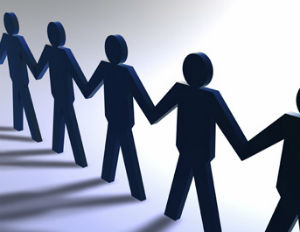 For good or bad, globalization is here to stay. And while opportunities for the small business owner increase substantially when looking outside the borders of the United States, so do the pitfalls. Among them is the fact that business is conducted differently in other cultures, and not being aware of them can result in a deal-wrecking catastrophe.

Diane McGreal, Director of Global Leadership Training for the Americas for Berlitz Languages, Inc. spent a number of years living abroad in Asia, Southeast Asia, and Europe. Currently responsible for Solution Development for Global Leadership Training Worldwide, here is some of the advice she offers entrepreneurs looking to broaden their horizons:

Never assume that business is conducted the same all over the world. There’s more to it than knowing the proper way to present or accept a business card in China, it’s doing your homework and understanding how to best start and maintain international relationships with those of other cultures that will help your business grow.

“People think that with globalization it has brought business down to one common denominator, and that’s really not true,â€ asserts McGreal. “The deeper cultural roots of how business is conducted varies so much from country to country, even from the US to Canada, and from individual to individual, so we’re going to look at a couple of examples about how that might play out.â€

“It takes time and a lot of experience, and so quite often building a sound relationship is a whole lot more important than meeting a target date,â€ says McGreal.

On the other hand, doing-relationships are more about getting the task done.

“The challenge is the gap, so if I’m very relationship-oriented and you’re very task-driven, we have a gap here, don’t we, because I want to get things done and you want to get to know me.â€

Understand fixed vs. fluid time. In many countries, such as the U.S., people are fixed time-oriented and tend to define time very precisely — a 2:00 meeting is expected to start exactly at 2. When you can’t make the meeting, you let them know ahead of time. In countries that are more fluid in their orientation, time is much more loosely defined.

“If Â you couldn’t talk to me this morning at our originally planned time, I might not have needed you to let me know,â€ points out McGreal. “Because obviously the only reason why you wouldn’t have talked to me is because you had something else going on, something that you couldn’t end in time to talk to me. Without that understanding, a fixed time person would assume they don’t care or are disorganized.â€

Be aware that some cultures are more formal than others. “The whole key when we travel abroad usually is based around communication and how formal or informal you are. It can really create some culture gaps, so countries that are more formal, they tend to put a lot of emphasis on following protocol and customs,â€ says McGreal. “The informal tend to put more value on more casual and friendly and relaxed environments, and we kind of feel that all that social protocol and the emphasis around that really does nothing more than create a wall between us.â€

Don’t be ethnocentric. Having been a world economic dominator for so many years, it’s easy for American entrepreneurs to become ethnocentric.

“It can still be a problem of having that attitude that here we are, we know it all, and that’s even more reason why that due diligence upfront is so important, because one often needs to go in with a sense of you’re a guest in a country,â€ says McGreal. “You’re going to their country, and if you want a positive outcome then you need to adapt to what the local behaviors are.â€

Learn the language. While it’s probably not expected for an entrepreneur to be fluent in the language, making an effort to have at least social skills in the language will buy you a lot of credibility and trust.

“If it’s going to be a long-term relationship with somebody and you expect to be going back and forth to a place on a regular basis, and English is not the spoken language in the office, then yes, you better learn the language,â€ says McGreal. “It’s good to have some of the social skills around a language, to be able to greet people regularly and hold your own in a restaurant and things like that.â€

“There’s one big step as part of cultural due diligence, and that’s self-awareness. But like, before we can understand other cultures, we have to understand ourselves. Without understanding yourself, understanding others becomes almost impossible,â€ she says. “For example, there are many things that we do as individuals, as American individuals, that we just assume the rest of the world does. You don’t really think about why we do that or why our parents reinforced this or that.â€