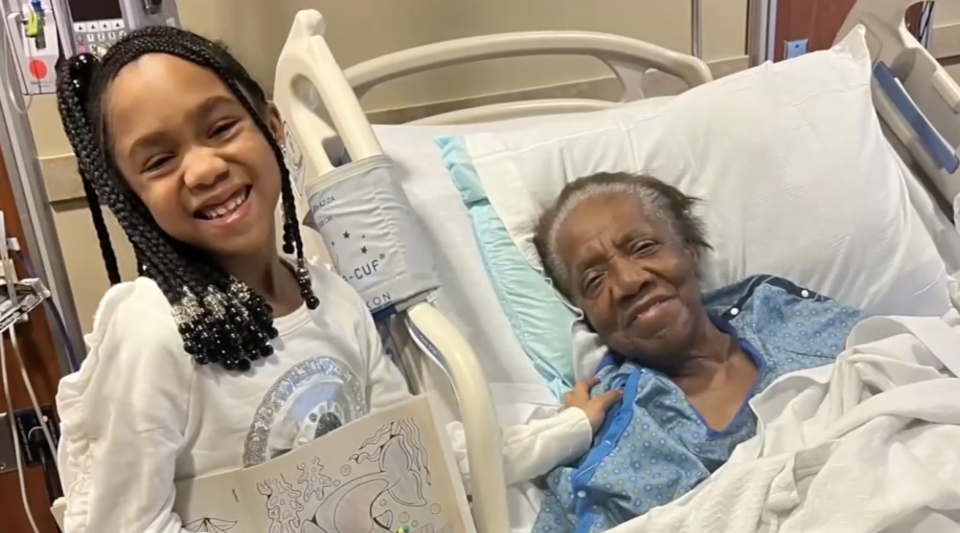 Mariah Galloway is being hailed as a hero after she saved her great-grandmother, 79-year-old Patricia Lynch, who was stuck underneath her vehicle.

The incident, caught on camera, occurred in Michigan two weeks ago when Lynch was taking 8-year-old Galloway home from school. All was going well during the January 11 dropoff until Lynch exited her Chevy Equinox with Galloway inside.

During an interview with ABC7 Chicago, Galloway, an elementary school student, revealed to the news outlet that Lynch’s typical ride derailed after her great-grandmother forgot to put the car in park in the driveway, and it started to move.

“So she was picking me up from school, and she thought the car was in park, but it was in reverse,” Galloway said. “And she got out and it started moving and she was trying to stop it because I was in it.”

As Lynch tried to stop the car from rolling in an attempt to save her great-granddaughter, her leg and foot got stuck underneath the driver’s side front tire, according to the outlet.

In that frightful moment, Galloway removed the keys from the ignition and ran to her mother, Porchia Lane, for help. Galloway was captured by her family’s Ring doorbell camera frantically knocking on the door and screaming.

Lane said she was aware of what had happened as soon as she opened the door.

“When I opened the door, all I heard was Mariah screaming. When I got out there, there was blood everywhere,” she said.

A short time later, Lynch got free and waited for the ambulance to arrive. Lane said Lynch was hospitalized and receiving blood transfusions before being released. She is scheduled to have physical therapy to help with her recovery.

Amazingly, according to Good Morning America,  Lynch did not suffer any broken bones but did have to get stitches and blood infusions for bruises, blisters, and blood loss.