ShearShare Is Helping Barbers And Beauticians Across The US 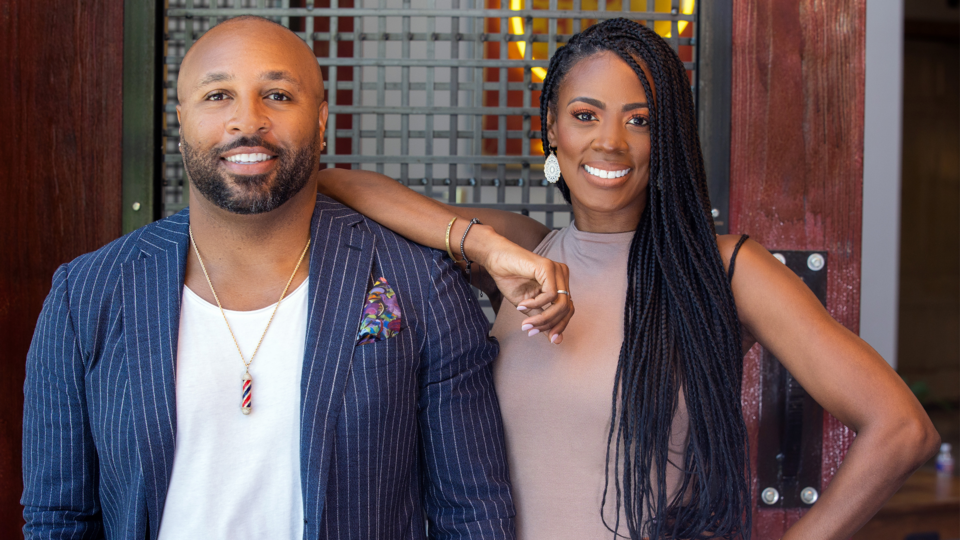 Dr. Tye and his wife, Courtney Caldwell, had excess capacity in their barbershop but didn’t know how to fill it, so they created ShearShare.

ShearShare is a mobile app providing licensed barbers and beauticians with rent-flexible, affordable spaces to work without long-term leases or commission fees. After creating the platform to deal with the excess capacity at their barbershop and salon, the couple knew it was something other barbershops and salon owners could use.

“Like all great businesses, ShearShare was first created because we were trying to solve our own problem,” Dr. Tye told AfroTech. “Today, we’re fueling small business recovery across 900 cities, but it didn’t start out that way.”

Black barbershops and hair salons have always been an essential staple of Black communities. However, the COVID-19 pandemic threw a wrench into the industry as COVID restrictions changed the whole experience. One thing it created, however, was mobility. Many barbers and beauticians began traveling to their clients instead of vice versa to keep money in their pockets.

ShearShare is now adding to that mobility for barbers, beauticians, and shop owners by making their empty chairs and spaces available for those who don’t have access to a permanent location. Users can choose from the largest database of on-demand rentals and the most affordable leases in more than 900 cities across the U.S.

ShearShare has attracted numerous investors, including the Capital Factory, Bread and Butter Ventures, and the Fearless Fund.

ShearShare raised $2.3 million in a funding round that ended earlier to raise its total amount to $5.5 million.

As BLACK ENTERPRISE previously reported, Songe LaRon and Dave Salvant built Squire Technologies, a New York City-based firm that sells software and services to over 2,800 barbershops in the United States, Canada, and UnitedKingdom.

To boot, neither LaRon, a 37-year-old corporate lawyer, nor Salvant, who is 36 and worked in finance, had worked in a barbershop before or run any small business. But they made a daring move in 2016: They spent $20,000 of the $60,000 in cash they had to buy out the lease on an ailing barbershop in Manhattan’s Chelsea Market. “That gave us a test kitchen to develop the software,” recalls Salvant, the company’s president. “This was a huge gamble,” Forbes reported.

They did not cut hair, but they discovered how barbershops really operate. Then they realized they had to revamp Squire from a glorified appointment app to one that could handle all the core problems of running a specific type of small business.