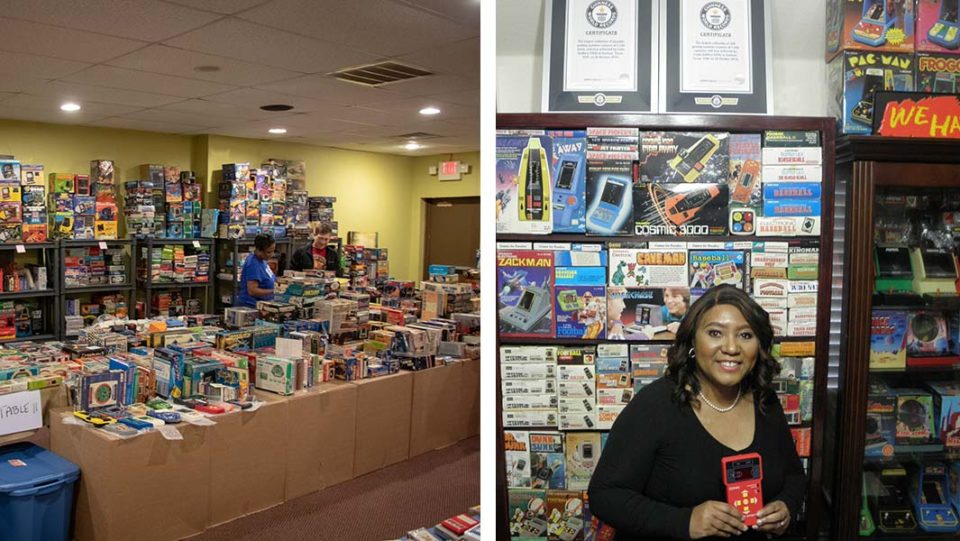 Back in the 1990s, retro gaming classics from Nintendo to PlayStation were hot items for gamers who wanted to have fun at home.

She will be formally recognized later this year in the forthcoming Guinness World Records 2022.

After collecting a Red Conic basketball game when she was eight years old, a house fire wiped out some of her favorites, reports Guinness World Records reported. She still did not forget the nostalgia of the era. Her interest in collecting “thousands of vintage systems” was revived in 2003, after her brother visited her.

“We were up late one night talking trash about who had been the best player for various games we had as kids. Then he asked, ‘whatever happened to your tabletop Pacman?’ The next thing you know, I was on eBay looking for the Coleco Tabletop Pacman,” Guillory told Guinness World Records.

Guillory has a competitive spirit, too.

“I wanted to see if I still could beat my high score. As I searched, I saw dozens of games I always wanted as a child but never had. I thought I would be satisfied buying two or three. Then it seemed silly not to have the whole series,” Guillory said in the interview.

Iain Simons, Director of The National Videogame Arcade in Nottingham, told the BBC that many “home computer games from the 80s were much harder than the games that kids are playing these days.”

Keeping this in mind, Guillory’s search to find new games led to filling shelves and cabinets with game treasures. Guillory even traveled to Japan to beef up her growing collection.

“Initially, I only purchased broken games to see if I could fix them. Taking them apart and working on them was just a fun pastime,” Guillory said, according to Guinness World Records.

Some vintage games are valuable.

Famitsu Game Boy Light, Pokémon Stadium Battle Set, Sega Saturn, and the Pikachu Nintendo 64  are among the 30 Rarest Collector’s Edition Gaming Consoles that could be worth a little bit of cash or bigger bucks, according to ScreenRant.