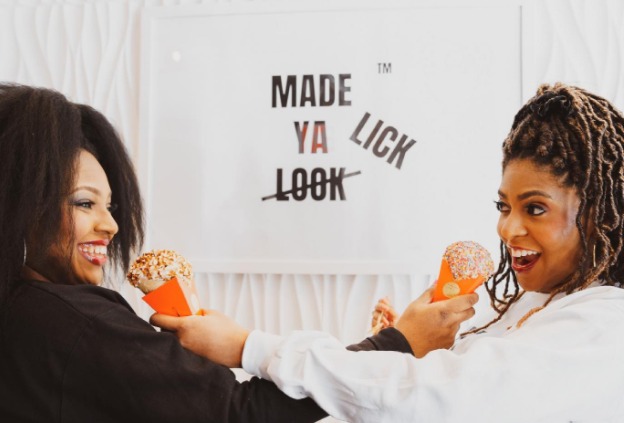 A Black-owned, vegan ice cream shop called Whipped Urban Dessert Lab has released a “Taste Of Freedom” flavor in honor of Juneteenth, according to VegOut.

According to VegOut, the sisters discovered that 75% of African Americans are lactose intolerant. Uncovering this tidbit led to opening the Whipped Urban Dessert Lab’s flagship store –which is located in Manhattan at 95 Orchard St. The store features tasty treats like hard-scoop vegan ice cream flavors from coffee waffle crunch and strawberry shortcake to cinnamon apple crisp. Patrons can also add a wide array toppings or sauces.

The vegan ice cream flavor that is raising awareness about Juneteenth was sparked by a portion of  Booker T. Washington’s autobiography, Up From Slavery, Blagrove and B.R. said.

“We use food to celebrate Juneteenth, also called ‘Freedom Day,’ while also recognizing that there is still much work to be done to achieve equality and true freedom for all,” Blagrove and B.R told the outlet.

Urban Dessert Lab’s website explains that the lifestyle brand embodies food, culture, and elevated experiences. The description aligns with the culture of Juneteenth.

Juneteenth, celebrated on June 19, is a key event in 1865 when the Galveston, TX, community was informed that the last of America’s enslaved people were free due to President Abraham Lincoln’s Emancipation Proclamation.

Blagrove and B.R are standing proud with a business they deem is “the world’s first oat milk ice cream shop.”