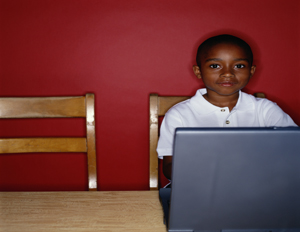 I am a father of two young girls–nowhere near old enough to bug me to get on Facebook. But since they are the children of a geek, growing up in a society where kids know more about technology than their parents, I was concerned, to say the least, when I read that Facebook is working on a way to allow children younger than 13 to share information on the largest social network in the world.

If you haven’t noticed, Facebook is having a tough time convincing Wall Street that their current method of making money is sound. So a move by Facebook to possibly increase its user count up and beyond the $1 billion mark, with new users who may be more convicted to click on just about anything, is a lucrative option to seriously consider on their part.

Ultimately, according to TheÂ Wall Street Journal, parents will have the power of controlling and monitoring their children’s activity by choosing who their “friends” are and what applications their account can access, including games, music and movies, among other things. Regardless of how many countermeasures and safety nets Facebook bakes into its new-age policy, if implemented, the debate on “how young is too young,” as it relates to the Internet, will finally take center stage.

Specific to the social-networking site, the majority of users are between the ages of 25-34, old enough in my opinion to make sound decisions when it comes to their privacy and security. Yet, current users are getting into all kinds of trouble, or worse, simply because they don’t take the time to even look at their current Facebook settings, let alone practice common sense when sharing God knows what with the world. So it’s understandable that there will be those who would vehemently oppose this kind of change.

Conversely, what if a drastic change such as this would force parents to finally take Internet safety and security more seriously? We all know that users under the age of 13 are currently on Facebook, with or without their parent’s permission. Possibly with this new change, users on Facebook ,who also happen to be parents of other users on Facebook, will not only be on the hook for what they do while using the service, but could legally be held accountable for what their children do as well.

Sounds to me like parents better start getting acquainted with Facebook’s privacy and security policies so they are better prepared to protect their children, and consequently themselves while browsing Facebook.

What a concept? Parents responsible for their children’s activity on the Internet.