A Claus For the Culture!: Black Santas Landed At Disney Parks For The 1st Time In Its 66-Year History 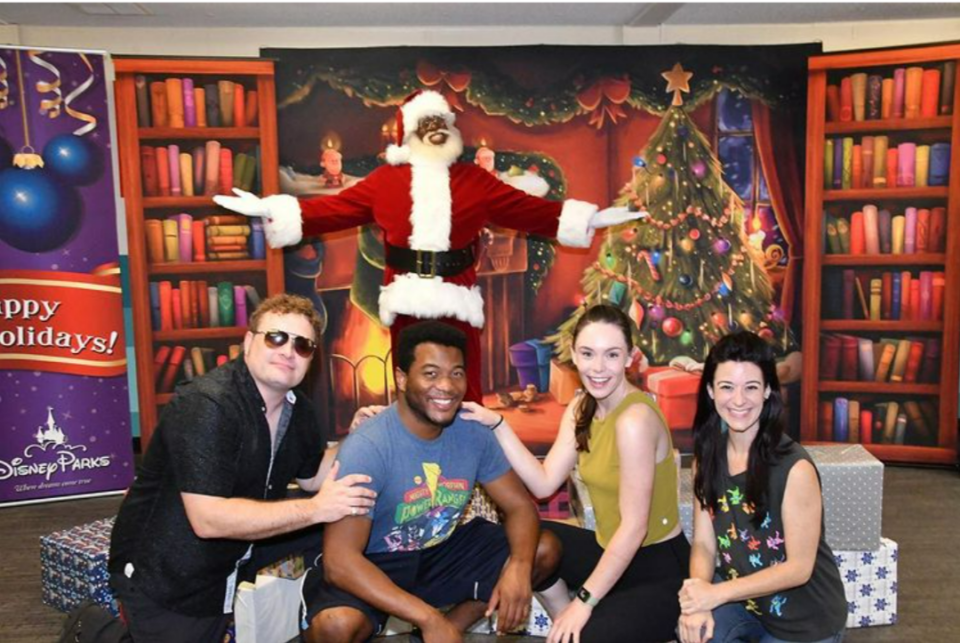 For the first time in its 66-year history, Disney is putting Black Santas front and center at its parks.

While the self-proclaimed “Happiest Place on Earth” never issued an official statement letting die-hard fans know that a Black Santa Claus was coming to town, visitors however took pics with Black Saint Nick during meet and greets at both Disneyland Resort in Anaheim, California, and Walt Disney World Resort in Lake Buena Vista, Florida, CNN reported.

In an effort to be more inclusive, a Disney spokesman said that the Black Santa should set the mark by capturing the essence of the diverse world we live in and the eclectic and varied people who represent it.

By the Twitter reactions, people were pretty happy to see a Black Santa Claus repping for the culture.

“I’m pretty sure I just caught the very first black Santa to ever be at Walt Disney World and I am seriously crying happy tears,” said one Twitter fan.

Yes Disney got the black Santa coming down main st !

Former cast member Victoria Wade told CNN, “With Disney implementing this change as part of their diversity and inclusion initiative, it really allows me to feel more comfortable and seen when I visit the parks. Ultimately it makes me feel more accepted, welcome and I’m thrilled at what this will do for children of all backgrounds when they visit Disney parks.”

Of course the racists are cueing up and will be airing and oozing their discontent all over social media soon enough. But for now, Black Santa has pulled his boot straps up for a fun ride interacting with naughty and nice park visitors this holiday season.