A Day In The Life of a Football Wife 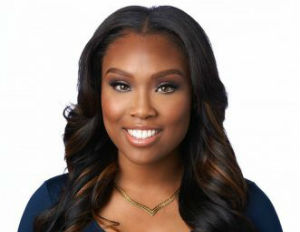 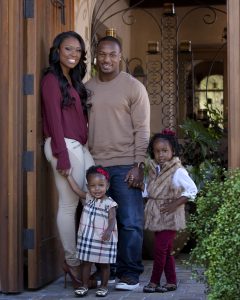 This story was originally published on capitolstandard.com.

In fear of saying the wrong things or not being politically correct, many public figures will, for the most part, keep to themselves–but not Michel Sproles.

The outspoken wife of NFL running back Darren Sproles of the Philadelphia Eagles has taken heat from football fans before, but all the hate hasn’t stopped her from speaking her mind.

“Are you a Chargers fan or an Eagles fan?â€ I asked directly during our Monday evening call.

“I’m an Eagles fan,â€ Michel replied, confidently. “I want them to win. I love football. But I have to roll with whatever team my husband rolls with. More than anything, I’m a Darren Sproles fan.”

The mother of six-year-old Devin and three-year-old Ryan admitted that she worries about her running back husband Darren Sproles when he’s on the field.

“A few years ago, when Darren was playing for the Chargers, he suffered a bad concussion,â€ explained Michel. “Since that day, I have never watched the game the same again. That was the first time I saw him get hit hard. Now, I stay at the edge of my seat and tense up till the game is over.â€

“Darren has an amazing relationship with our daughters. He’s so normal. He comes home and gets into daddy and husband mode. We don’t talk about football. On Sunday’s we might recap the game, but that’s all. He makes sure my gas tank is full. He takes out the trash. He’s a normal, awesome dad.

Meeting Frogs Before Her Prince

However, the 31-year-old admitted she hasn’t always been so lucky when it comes to men.

“I went through a bad break up after being with my ex for six years,â€ said Michel. “My best friend, a professional track athlete, was trying to get me to talk to anyone (Michel also ran track for 14 years). She wanted me to get out of my funk and introduced us. That’s how I met Darren.â€

“We talked on the phone for almost two months before seeing each other in person. I was living in Vegas at the time, and when he flew in for All Star Weekend, I picked him up from the airport… 20 minutes late. It was early in the morning so we went to IHOP, and we ended up having a great conversation.Â I’m very high-strung and have a huge personality, but he has a calm spirit and that was refreshing. Most professional athletes that I’d come across were jerks, but Darren was laid back and cool. We’re totally opposite, and that’s what keeps us going.”

“When we started living together and he was training in Los Angeles,” she continued, “I packed lunches for him for the week. He said, from that point on, he knew I was the one.”

How To Be Every Woman

On top of being a loving wife and doting mother, Michel is a certified image consultant, girls track coach, entrepreneur, cancer survivor, and philanthropist.

“I can’t do hair at all,â€ admitted Michel, “but I always wanted to open a shop.” Michel owns 7 Image Hair Salon in San Diego, California.

Several years ago, Michel was diagnosed with breast cancer and had a double mastectomy followed by reconstructive surgery.Â “It’s incredibly important to me to give back to women who have experienced breast cancer,â€ said Michel.

A few years, ago she launched a wig line called The Pink Line. The line creates premium wigs and hair units for cancer patients and breast cancer survivors.

“Cancer doesn’t happen to people, it happens for people; so that they can be a blessing to others. Sometimes, we get caught up in ‘why me,’ but when you’re in it, it’s more about God making you a blessing to someone else. Cancer was my story to share on how I came out the other side.â€

All InÂ A Day’s Work

What’s it really like for an NFL wife to juggle it all? Here’s a snapshot of a day in the life of NFL wife, Michel Sproles:

6:00 AMÂ | I get out of bed and read a devotional. It sets the tone for my day. Then I go get the kids up and ready for school.

8:15 AMÂ | Drop off the kids at school and go straight to the gym. I do an hour and a half workout every single day.

5:00 PM| I attend a charity event with my husband, Darren. Most NFL couples attend events on a Monday or Tuesday because those are our off days. So, that’s when we have time to attend events and do date nights. Our foundation, Sproles Empowered Youth, is a camp for underserved young people that empowers them through sports. In order for it to continue, we need the support of others. That’s one of the reasons why we always support other people trying to do good as well.

7:00 PM | The kids wind down, and it’s my time with Darren. I make dinner and after the kids eat, I send them off to bed. I’m a really good cook, by the way–I make a mean jambalaya.