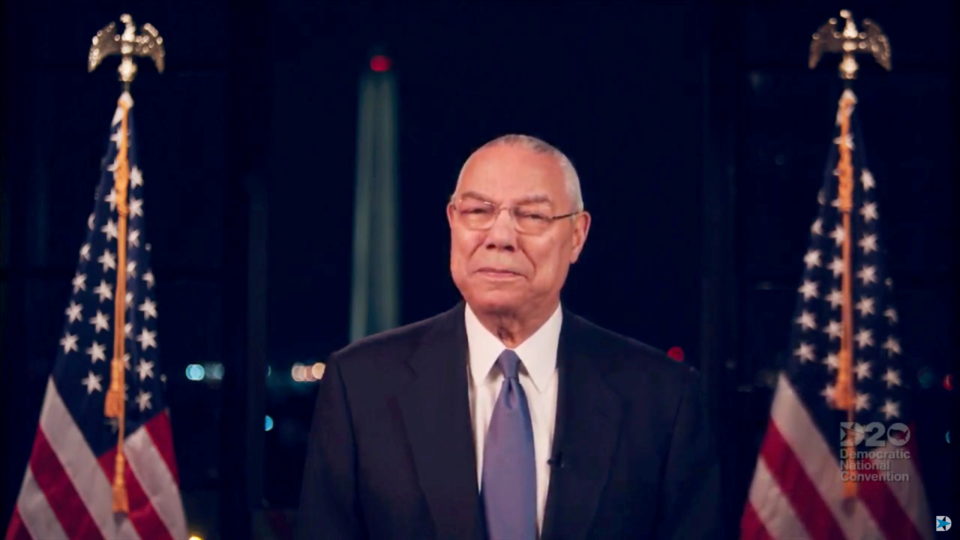 Colin Luther Powell, the first Black Secretary of State, whose leadership in several Republican administrations shaped foreign policy, died at the age of 84 due to complications from COVID-19.

“General Colin L. Powell, former U.S. Secretary of State and Chairman of the Joint Chiefs of Staff, passed away this morning due to complications from Covid 19,” the Powell family wrote on Facebook, according to CNN. “We have lost a remarkable and loving husband, father, grandfather, and a great American.”

Powell, who was born on April 5, 1937, in Harlem to Jamaican immigrants, grew up in the Bronx and attended the City College of New York. During his time at the school, Powell participated in ROTC eventually becoming the leader of the precision drill team.

Powell graduated in 1958 and began a long and decorated career of military and public service that began with two tours of combat duty in the Vietnam War. After serving, Powell became the first Black National Security Adviser during the end of the Reagan Administration, negotiating arms treaties during the Cold War.

Under President George H.W. Bush, Powell became the youngest and first Black chairman of the Joint Chiefs Of Staff. As chairman, Powell was instrumental in the invasion of Panama in 1989 and the Persian Gulf War that pushed Saddam Hussein out of Kuwait.

In 2001, Powell was sworn in as the first Black Secretary of State, becoming the highest ranking Black public official at the time. However, he lasted just one term during Bush’s presidency as he clashed with Vice President Dick Cheney and Defense Secretary Donald Rumsfeld.

Many believed Powell would be the first Black president in America as his popularity soared in the aftermath of the Gulf War. However, his reputation took a hit when he pushed inaccurate information when advocating for the Iraq War, something he would later call a lasting “blot” on his career.

Later in his career Powell would become concerned with the Republican Party and even began endorsing Democrats, including a Chicago Senator named Barack Obama. Powell’s endorsement in the final weeks of the 2008 Presidential Race gave Obama a boost to help him become the first Black U.S. President.

President Bill Clinton and Secretary Clinton on the Passing of General Colin Powell:

“Colin Powell was a courageous soldier, a skilled commander, a dedicated diplomat, and a good and decent man. The son of immigrants, he rose to the top levels of military, civilian, and non-governmental service through intelligence, character, and the ability to see the big picture and attend to the smallest details. He lived the promise of America, and spent a lifetime working to help our country, especially our young people, live up to its own ideals and noblest aspirations at home and around the world.

Hillary and I send our condolences to Alma, Michael, Linda, Annemarie, the entire Powell family, and all the people whose lives he touched through his service and example.”

Powell is survived by his wife, Alma Vivian (Johnson) Powell, whom he married in 1962, as well as three children. The general sports a wealth of military medals and honors, including distinguished service medals from the Army, Navy, Air Force, and Coast Guard; a Bronze Star; a Purple Heart; the Presidential Medal of Freedom; and a Vietnam Service Medal with a Silver Service Star.