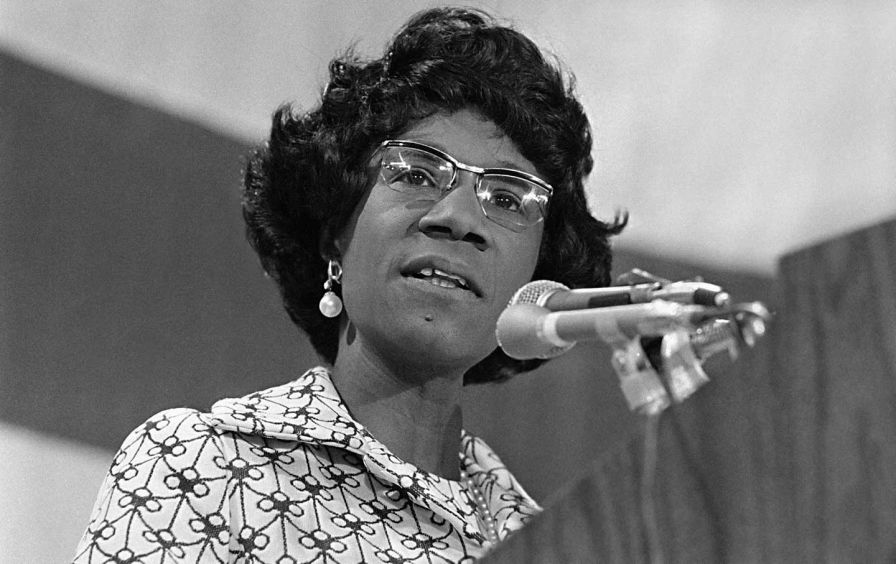 A Shirley Chisholm statue could be coming inside the Capitol.

With Democrats in the House and Senate, yet few women of color are represented in the Capitol, there seems to be a void. To make up for this, Shirley Chisholm, the first Black woman elected to Congress and former Democratic contender to run for president, will have a full-length statue, Roll Call reported.

The plan has been in the making for years. The Chisholm statue is spearheaded then-Senator and now-Vice President Kamala Harris and New York Rep. Yvette Clarke. It is often a topic that gets reintroduced during Women’s History Month, as reported by Blavity and New York Observer.

There is a statue of Frederic Douglass status and Rosa Park, but now it is “Fighting Shirley.” turn to shine, literally.

“Honoring Shirley Chisholm with a statue in the halls of the Capitol does more than memorialize her life. It proves to the millions of Black girls and women in this country that if they achieve, if they strive for greatness, if they better their country and this world, they too may be honored eternally in the United States Capitol,” said Clarke in the statement.

After introducing the bill, the Joint Committee on the Library will be in charge of placement, if the Chisholm statue bill were to get passed.

Chisholm is a New York City icon, specifically, a source of empowerment in Brooklyn. In Bed-Stuy, where Chisholm lived, a post office w named after her on 1915 Fulton St.At Brooklyn College, The Shirley Chisholm Project of Brooklyn Women’s Activism is a repository of women’s grassroots social activism. In 2015, Chisholm was posthumously awarded the Presidential Medal of Freedom by then-President Barack Obama.