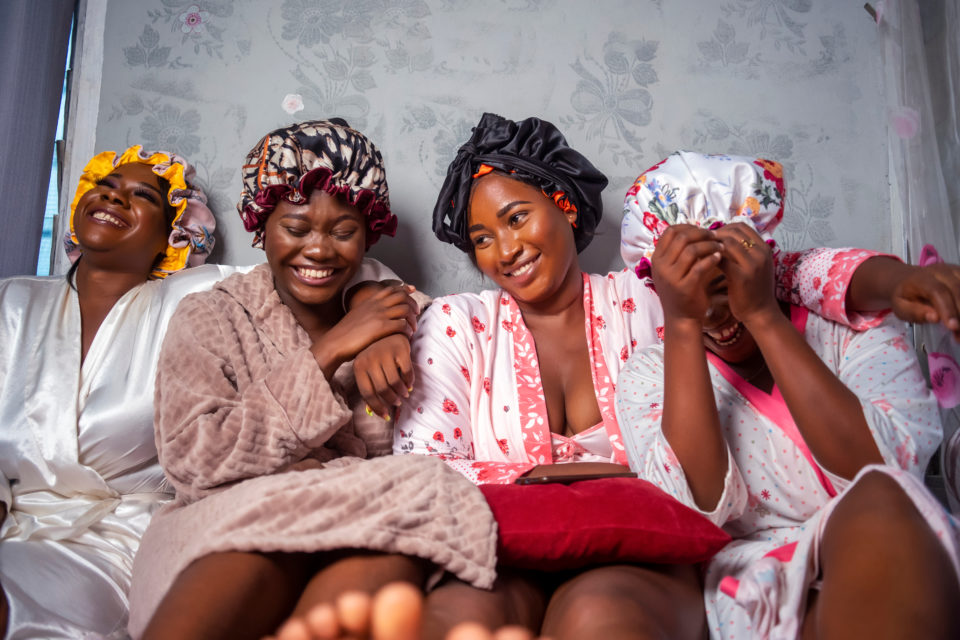 Mo’Nique,  the comedian and recent critic of wearing bonnets outside, might not approve of this, but a creative teen named Ariel Williams is making waves on social media for her head bonnets featuring a side pocket for stashing.

And she’s displayed it in a video while standing outside.

The young entrepreneur went viral, after social media users got wind of it and the retweets and likes started pouring in. BuzzFeed News reported that Williams is a 19-year-old from Indianapolis who crafted the idea of including a storage pouch for housing small items, like lip gloss, because she could not find any bonnets like it.

“I loved the thought of me keeping my hair ties and bobby pins inside of my bonnet,” Williams told Buzz Feed News.

The story mentioned that Williams had been selling her creation under her Barbiana Collections brand. It can be worn inside or outside of the house, for two years. A video featuring her special bonnet caught on after a business friend posted and shared Williams’ video on Twitter.

I’m not sure if this is dope or not. I’ll just retweet it for my homegirls. Maybe y’all need pockets in your bonnets. Idk 🤷🏿‍♂️ https://t.co/dNvFCkHCh9

Supporters responded favorably. Now, Williams is urging potential customers to give the trendy bonnets a try.

“What made us start the Pocket Bonnets 💞 Make sure you grab yours!! Pocket bonnets are LIT!! Not only can they carry Bobby pins, Hair ties & lip gloss!! You can put your phone in there & other Important things!!” she said on her Instagram account. Williams’ creativity was especially evident in 2020, when Instagram users can see a dog wearing a matching bonnet. Additionally, she has sold bonnets for little babies, too.

The recent bonnet craze has garnered some criticism, because some Black women choose to wear them in public. The comedian, Mo’Nique turned to Instagram to have a heart-to-heart talk with her followers who may wear bonnets publicly. The ‘Internet Auntie’ gave wearing bonnets in public a thumbs down.

In a video, the comedian remarked that she has seen “young sisters” wearing in head bonnets, scarves, slippers, and pajamas  while walking through the airport. However, Mo’Nique is sticking to her opinion that this kind of look is not way to leaving the house, despite some backlash that followed her firm comments.

“Represent Yourself With Pride  Hey my sweet babies! Show YOURSELF that you deserve the best for YOURSELF! I LOVE US 4 REAL!” the comedian also said.

But for Williams, she continues to make entrepreneurial moves. Click this link to learn more about  Barbiana Collections.