A Woman With a Cause: Reparations 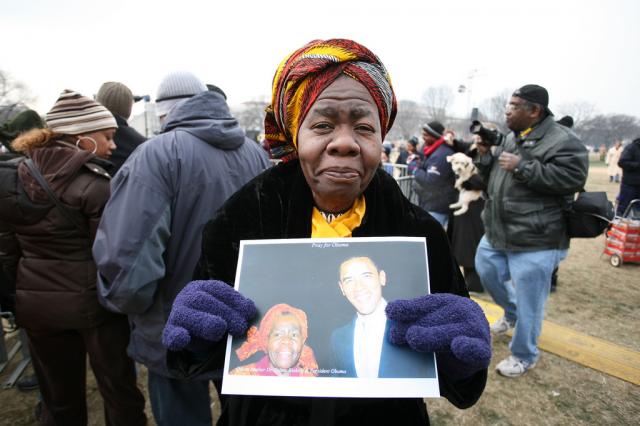 Queen Mother Dr. Delois Blakely, the community mayor of Harlem, New York, is clearly a woman on a mission, and that mission is reparations to African Americans for slavery.

When Barack Obama was elected to the U.S. Senate in 2004, she immediately saw him as the prime advocate in the nation’s seat of power for her cause. Undeterred by members of his staff, who during her several visits to his Washington office, said Sens. Hillary Clinton and Chuck Schumer are your senators, she simply replied, “He’s the only black person [in that chamber], so he must be my senator.â€

Not one to take any chance for granted, Blakely took advantage of a visit that Michelle Obama made to New York before the presidential to pitch her cause to the incoming first lady.

“Michelle didn’t have any friends at the time because the powers that be in the Democratic Party were going with Clinton,â€ Blakely recalls. “So when she gathered with us, I had the time and the honor of talking with her and asking what her husband’s platform was for reparations. She was so gracious that she gave me someone to work with around my concerns.â€

Blakely has already written what she calls a “love letterâ€ to Obama, hoping that once he’s sworn in, he will seriously consider reparations. “I’ve asked that he give me his wife to work with me on this. She doesn’t have to do any work, I’ll do it for her, but I need her to champion the cause.â€

And, again, not one to miss an opportunity, she has already alerted Sen. Roland Burris, who has filled Obama’s vacated Senate seat, that she’ll be calling on him, too.