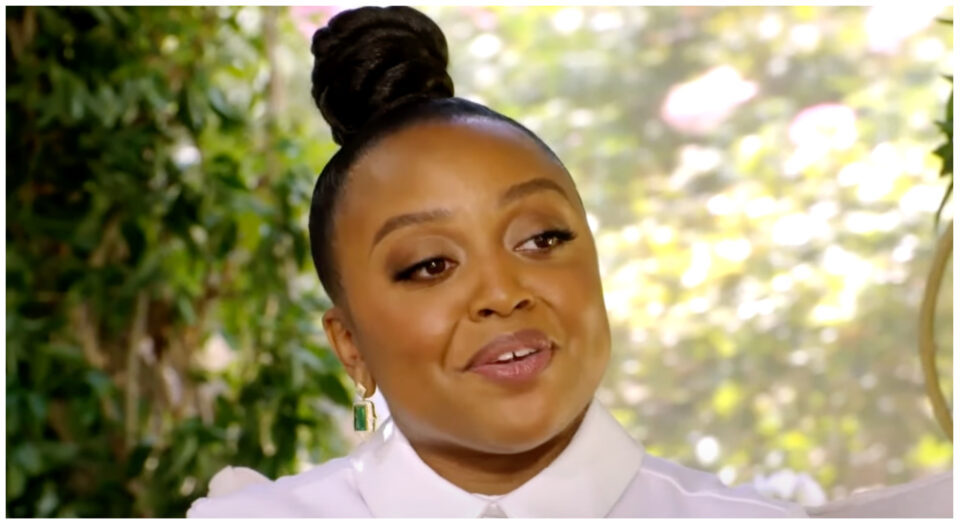 The star of Abbott Elementary, Quinta Brunson, sat down with Oprah Winfrey for a special episode of OWN Spotlight recently. During the interview, Brunson talked about her hit sitcom on ABC as well as her life with her husband, Kevin Jay Anik.

The Abbot Elementary actress, writer, executive producer and showrunner told Winfrey that her husband was her “biggest support”.

“To be 100 percent fully me requires a lot of stuff that a lot of men do not have time for,” she said.

“They even have thought they did in the past, but then realized there’s no dimming me. My husband – that’s what I mean by him being the biggest support.”

Brunson went on to say that her husband’s support allowes her to love him fully while noting that her home is her sanctuary. “There’s no need to dim me at all, and that allows me to love him fully and to be the person that I want to be and am meant to be.”

“And the last place I would want to dim is at home. That’s my sanctuary. I just won’t have it, I would be single. So, I’m fortunate to find a partner who I still feel I can be my full self with.”

The actress thanked Anik during her acceptance speech when she won her first Emmy Award back in September. Brunson won an Emmy Award for Outstanding Writing For A Comedy Series for Abbot Elementary.

“In case I am not back up here again, I have to thank my mom, dad, brothers and sisters, my cousins … my wonderful husband because he’s the most supportive man I’ve ever known and my incredible cast and show for helping me to make this show and make the pilot,”

OWN Spotlight: Oprah and Quinta Brunson Abbott Elementary will air on Nov. 26 at 9 p.m. EST.