White Student: 'I Was Denied Entry To UT-Austin Because Of Affirmative Action' 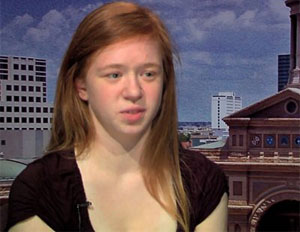 A white student is suing the University of Texas alleging that she wasn’t admitted to the school in 2008 because of Affirmative Action.

Abigail Fisher, whose case is now being heard by the U.S. Supreme Court, is angry over being rejected by the school.

At the University of Texas, students graduating in the top 10% of their class are allowed entry automatically. The process for selecting lower ranking students for admission involves race, which is what is being disputed by Fisher.

The ruling will be decided by eight of the nine supreme court justices.