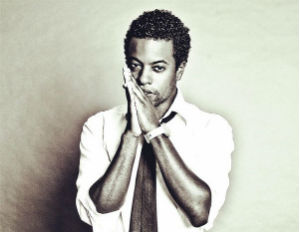 You may not be familiar with actor, producer, and filmmaker Ty Hodges but understand that for over a decade he has been grinding in Hollywood, feverishly chasing and realizing his dream. That dream? To create.

Taking matters of creation into your own hands may be how the industry tide has turned, but Hodges has been riding that wave long before now.

After years of writing, directing, and producing films, Hodges ironically found his big break in television.

Hodges created a fresh new series targeting millennials, Famous, along with executive producer Ralph Farquhar, that is currently in development with Fox.

BlackEnterprise.com caught up with Hodges to find out how he pulled this off.

Hodges: I create to be my most authentic self, to be present and to feel closest to God. He’s the ultimate creator. As I’ve explored my creativity since a teenager in this business, I’ve realized I’m only the vessel. Creativity brings humility for me that I constantly want to explore. You cannot create with ego. Creativity from all aspects of life is my addiction. I love to create all things from cooking to music, to great conversation, to love, to community, to harmony. I believe everyone should create something.

We understand that you just got your very firstÂ prime-timeÂ show,Â Famous, greenlit on Fox, how did that deal come about?

Famous became a reality when I was in the kitchen one evening cooking with my family. The idea just hit me! It was so organic. I pitched it to my parents with so much conviction. They thought it was great and the more I flushed the story out, I realized that it was more than a cool show idea but it had a certain heart to it. It was not only inspired by my experiences with woman in this industry but a look into a millennial relationship when it comes to the role of being a man and woman in a relationship.

I pitched it to Ralph Farquhar, an established showrunner. He loved the concept and decided to take it around town. We were all very excited and honored for the show to land at FOX. Now, we are developing the show.

You’ve had quite an active career in filmmaking, what made you switch over to television?

That’s a good question. Television and film are very different. Television is more of a rapid pace and film is a slower process. I love both and at this point in my career, I think it’s important to learn and master the technique of all forms of writing. I want to master the craft of storytelling regardless of its format.

If you were talking to a new writer who has absolutely no idea how to start pursuing a career in TV/film writing, what would you tell them?

When you write, know your resources. Align yourself with talented, like-minded people and DO IT! Do it, film it and don’t let fear get in the way.

What has been your most profound lesson, thus far, as a content creator in Hollywood?Â

Always be willing to learn. Master the act of listening. Honor and respect people you work with and most importantly, never stop working on your craft. You can always be better.

What is the long-term goal for you as a film/television creator? What does the end game look like?

Not sure if I’m thinking about the end because I’m far from that. When it comes to film/television, my focus is to continue to create content for my generation and generations to come. I want to stay sensitive and in-tune with society, its sub cultures, and the movement of humanity. I want to contribute content with bold stories that shift culture and just so happens to be entertaining.

Now that you’ve achieved new heights with your Fox show, what’s next?