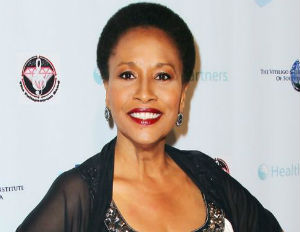 Lewis’ career spans more than 30 years, including music, television and film. A promising talent from the start, the vet actress landed her Broadway debut within a month of graduating with a degree in theater arts from Webster University. Some of her most noted works include The Fresh Prince of Bel-Air, Friends, Strong Medicine and most recentlyÂ The Wedding Ringer, starring funny stars Kevin Hart and Josh Gad.

The actress extraordinaire also lends her talents to social causes, performing at AIDS walks throughout the country. Lewis has presented four one-woman shows to raise funds for youth housing at the Los Angeles LGBT Center, and she received the Ally for Equality Award by Human Rights Campaign. In 2007, she revealed on The Oprah Winfrey Show that she has bipolar disorder and has since publicly advocated to eradicate the stigma associated to people with mental illness.

On May 9, 2015, Lewis will deliver the commencement address to her fellow Webster University scholars. The institution will also honor its alum and speaker with the Doctor of Humane Letters “forÂ her career accomplishments and many international community engagement efforts, most notably as an AIDS activist and mentor to children and as a Human Rights Campaign Ally for Equality.”