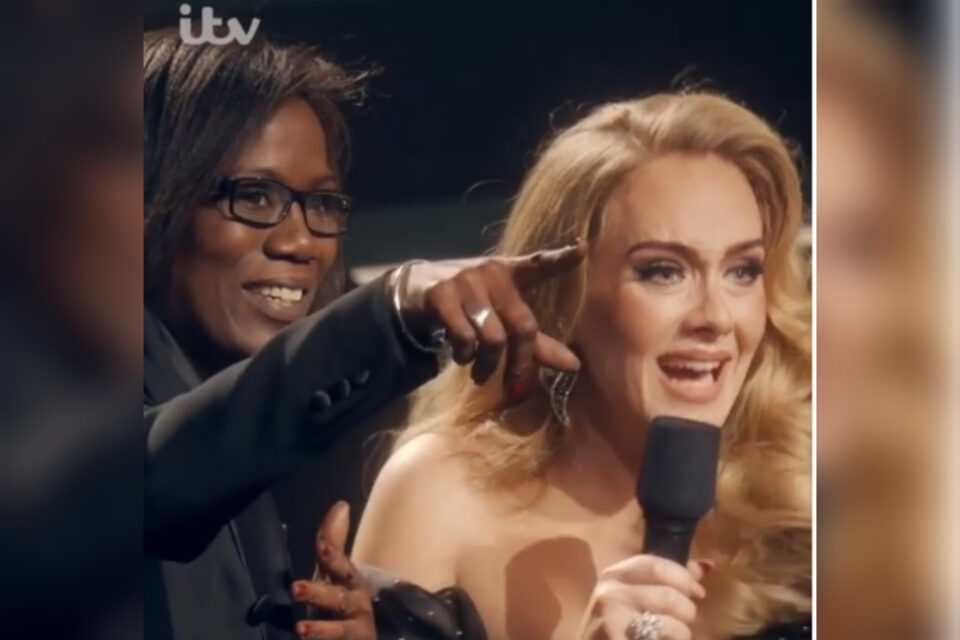 During a televised performance on Sunday, singer Adele shared an emotional moment with a teacher who she said made a great impact on her as a child.

The singer, whose fourth album 30 was released on Friday, was filming an episode of the long-running British show, An Audience With, which, according to Bustle, brings together an audience of celebs and fans for a special performance by A-list musicians like Elton John and Celine Dion.

As is tradition with the long-running series, An Audience With Adele also found her answering questions from some of the celebrities in the audience, including Samuel Jackson and actress Emma Thompson.

Asked by Thompson if there was anyone who had supported, inspired, or protected her as a youngster, Adele responded without hesitation, sharing memories of Ms. McDonald, her English teacher at Chestnut Grove Academy.

“She was so bloody cool and engaging,” the singer recounts. “She really made us care, and we knew that she cared about us. [She was] so relatable and likable that I really looked forward to my English lessons.”

After asking if she ever kept in touch, Thompson surprises Adele by announcing that McDonald is actually in the audience.

Adele immediately bursts into tears and interacts with her former teacher as if the two had bumped into each other on the street instead of in front of a full audience.

“No, you really did change my life,” she tells McDonald before asking if they can keep in touch. “I still have every book from when you were my teacher.”

Last week, Adele filmed a similar special for CBS aimed at her American audience. “Adele One Night Only” incorporated an interview with Oprah Winfrey during which the singer opened up about weight loss, motherhood, her divorce, and her new romance with sports agent Rich Paul.

“He’s just hilarious,” she said. “Oh, he’s so funny, he’s hilarious, yeah. And very smart. You know, he’s very, very smart. It’s quite incredible watching him do what he does. And just the easiness of it.”